Four engineers from Spark have pooled their skills and resources to create a new open source smart thermostat based on Arduino using around $70 worth of components.

The new open source smart thermostat has been designed to offer an open source Arduino alternative to the Nest thermostat which was just purchased by Google for $3.2 billion. 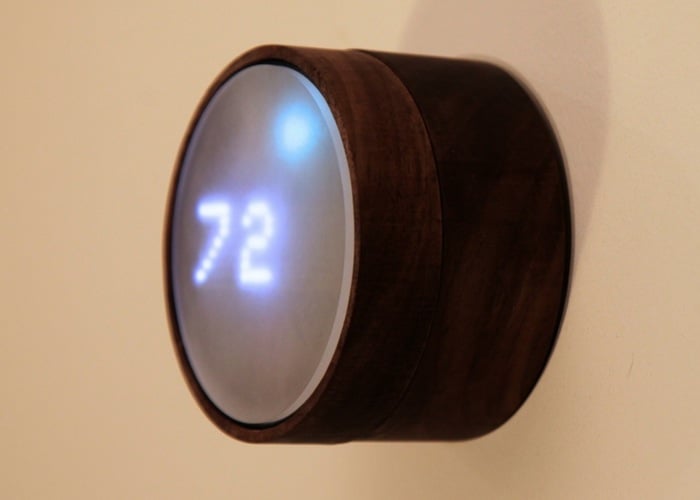 The Spark smart thermostat is based on the teams own Spark Core Arduino compatible wireless development board, to which a humidity and temperature sensor, IR motion detector, together with a variety of Adafruit 8 x 8 LED matrices to display information to the user, has been added.

The primary sensor within the open source smart thermometer is a Honeywell HumidIcon temperature and humidity sensor, which shares the I2C bus with the displays. The team explains a little more about their open source creation:

“All in all, it took about an hour to throw together this breadboarded prototype, although we had to order the components a couple of days beforehand. It took another couple of hours to pull together working firmware.

The next step is to build an enclosure. The Nest enclosure is glass and aluminium, which are both very pretty but not very handy for prototyping. Instead, we chose acrylic and wood.

First, we CNC milled two wooden rings: one to act as a stationary base, and other to spin freely as a temperature controller. Next, we laser cut three acrylic disks: one to act as the faceplate (which we later sanded to make it frosty), a second to act as the wall mounting plate, and a third connects the spinning wooden ring to a potentiometer.”

If you fancy building your very own open source smart thermostat jump over to the Spark blog for full instructions and downloads of the required firmware. Enjoy! 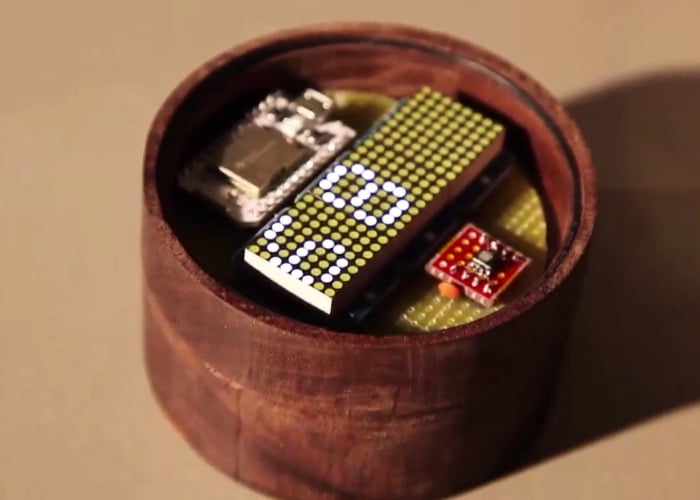