No, we don’t mean ‘superstar’ in the celebrity sense of the ward. What the National ignition Facility has been laboring over since 1997 is the creation of a “miniature star of Earth”—think of our sun—contained in a chamber where its energy can be converted into power. Lots and lots (and lots) of power. 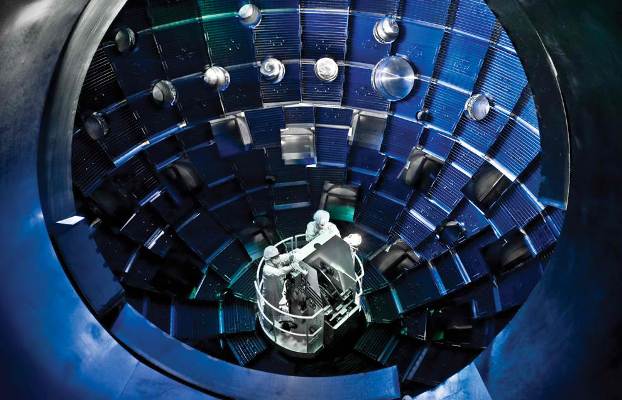 Said power is limitless, by the way. The reason why we’re only writing about it now is that last month—on September 29, to be specific—the NIF conducted its first test where 192 lasers bombarded a (tiny) cylinder of hydrogen fuel. While this sounds impressive and epic, it’s but a small step before the entire process is perfected and can create a viable new form of energy. Scientists involved in the project hope to achieve this goal by 2012, or 15 months from now in case you’re really excited.

The world of science is indeed a fascinating thing, boys and girls, even when it has so far cost $3.5 billion dollars to get off the ground. If you’re alittle extra curious, go check this page for a rundown on how the entire process works in a detailed photo essay.

You know what? It also occurred to us that we might be looking at the energy source that will fuel starship journeys across the galaxy once humankind has grown tired of his Earthbound  home. Woah.