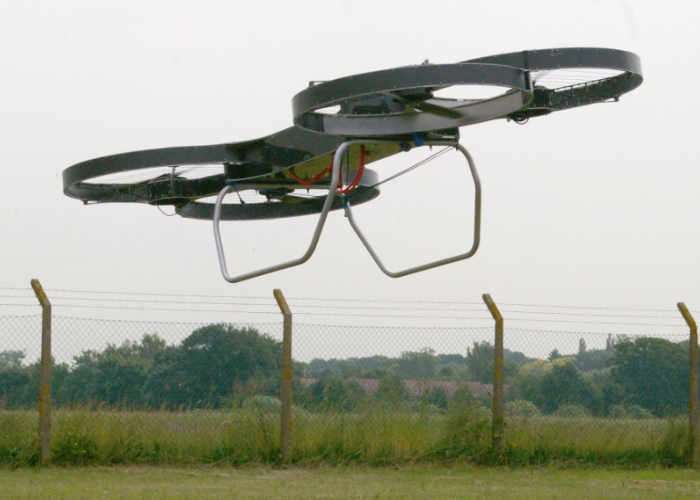 The U.S. Army has been testing its new hoverbike prototype this week and has released a new video demonstrating the quad copter taking to the air. The U.S. Army hoverbike is still under development at the current time but it is hoped that the autonomous vehicle will be able to one day resupply troops in the front line when requested.

Watch the video below to learn more about the design and functionality of the US Army hoverbike quad copter which is officially referred to as the Joint Tactical Aerial Resupply Vehicle, or JTARV.

The U.S. Army would like JTARV to be able to fly up to 125 miles on a single charge and carry a load up to 800lb in weight. Jump over to the official U.S. Army website via the link below

The JTARV, a rectangular-shaped quadcopter also known as the hoverbike, could someday make it possible for Soldiers on the battlefield to order resupply and then, minutes later, receive supplies from an unmanned aerial vehicle. In 2013, 60 percent of U.S. combat causalities were related to convoy resupply.

Army researchers envision a future JTARV flying low to the ground or at thousands of feet at speeds of 60 miles per hour or more. With a payload capacity of up to 300 pounds, the vehicle could provide vital resupply at short ranges. While the current prototype is electric, researchers are looking at a hybrid propulsion system that may dramatically increase its range. They are also exploring increasing the payload capacity to 800 pounds and extending the range to 125 miles.