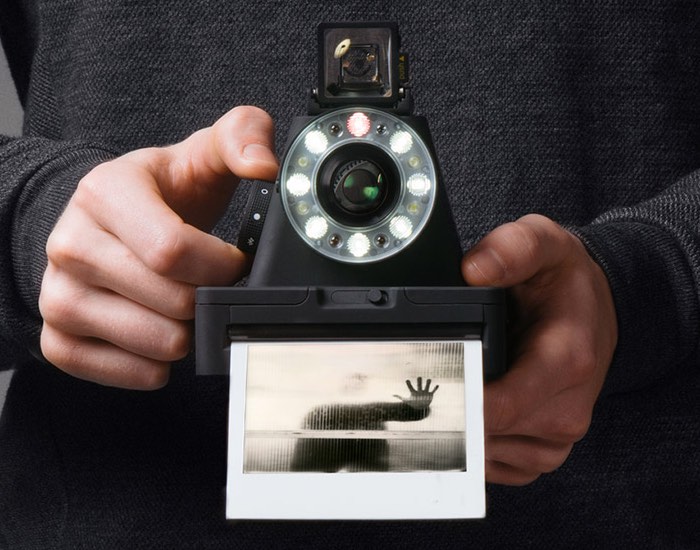 There has always been something great about having a physical copy of a photograph from an instant camera, but as smartphones have become more and more popular over the last 10 years instant cameras have nearly become extinct.

One company has taken it upon themselves to stop this extinction and created The Impossible Project, which has taken the original instant camera and reinvented it into the I-1.

The I-1 instant camera is the only new camera that can be used with the original Polaroid format film, and includes a number of features including an iOS application that provides extra creative tools and full manual control via a Bluetooth connection.

As you can see from the image above the I-1 instant camera is also equipped with an advanced ring flash and autofocus providing everything you need to capture great portraits. The Impossible Project website explains more about the 600-type films, from classic white to round frame and their new instant camera and the inspiration behind it.

When Polaroid announced the end of instant film in 2008, Impossible stepped in to buy the last remaining factory, days before it closed down. The machines had already been dismantled, there were no formulas to follow and the supply chain had already been destroyed. If we wanted to keep instant photography alive, we had to reinvent instant film from scratch.

Eight years later, with the help of some incredible chemists, engineers and photographers, we’re the only people in the world who make original format instant film. We make film in both color and black and white, for Polaroid 600-type, SX-70 and Image/Spectra cameras, as well as large format 8×10 film. We also refurbish classic Polaroid cameras so they’re as good as new, and have introduced our own new range of Impossible cameras.

We believe making real photos. Photos with a life after the shutter clicks. Photos that develop in the palm of your hand, ready to pin to the wall or give to a friend. That’s why we’ve spent eight years working on our film formula. It’s why we’re reinventing analog instant photography in a digital world.