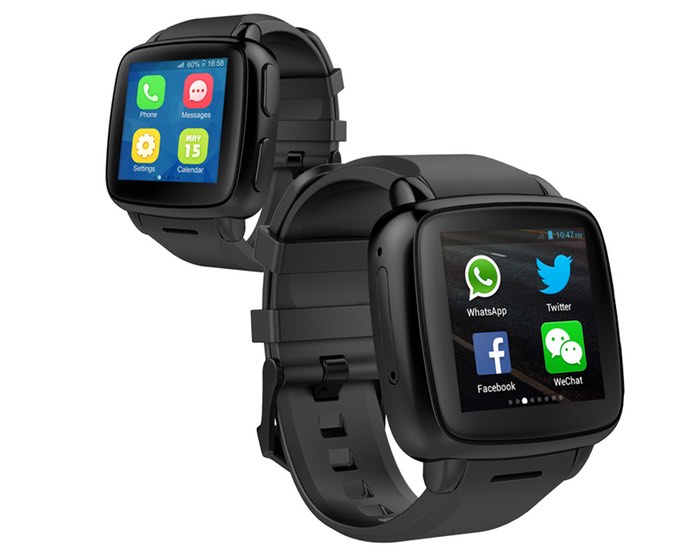 This week via Facebook Omate the smartwatch company that launched their first wearable via Kickstarter, has announced the launch of two new wearable wrist worn devices in the form of the Omate TrueSmart-i and the TrueSmart+ both of which will be available before the end of the year.

Omate explains in their Facebook post that the TSi and TS+ are upgraded versions from design to engineering of the original TrueSmart and now come supplied running Android 5.1.
The smartwatch screen measures 1.54 inches in size and now offers a resolution of 320 x 320 pixels. The Omate TrueSmart-i and the TrueSmart+ will be available in October and November priced at $169 and $149 respectively.

Although it might be worth reading their original Kickstarter campaign comments to understand how the first wearable smartwatch launched and some of the issues that are still outstanding for some of those backers. Features included on the TS+ :

• The TrueSmart+ runs on Android 5.1 Lollipop and Omate User Interface 3.0.
• Its upgraded 1.54” display has a resolution of 320×320.
• Low power always-on sensor hub: The TrueSmart+ integrates a low power Bosch BHI160 sensor hub.
• The BHI160 provides an ideal all-in-one-solution for always-on sensor applications such as fitness tracking and step counting at very low power consumption.
• Its capacitive touch panel features the double tap to wake up the watchface.
• The Micro-SIM card holder uses a similar tray as iPhone to insert the SIM card.
• Its strengthened rubber straps integrate WiFi / 2G / 3G and GPS antennas.
• The Ocharger has also been upgraded to a magnetic cradle which is compatible with the TS1.
• No camera on TS+ but we have a TSi model which will feature it.

Jump over to the official Omate website for more details of their Facebook page via the links below.