After the successful launch of LG G2, rumors suggests that the Korean manufacturer – LG – is working on a number of Android based tablets to add to its portfolio. The devices appeared on Bluetooth SIG revealing the code names of the mysterious tablets. 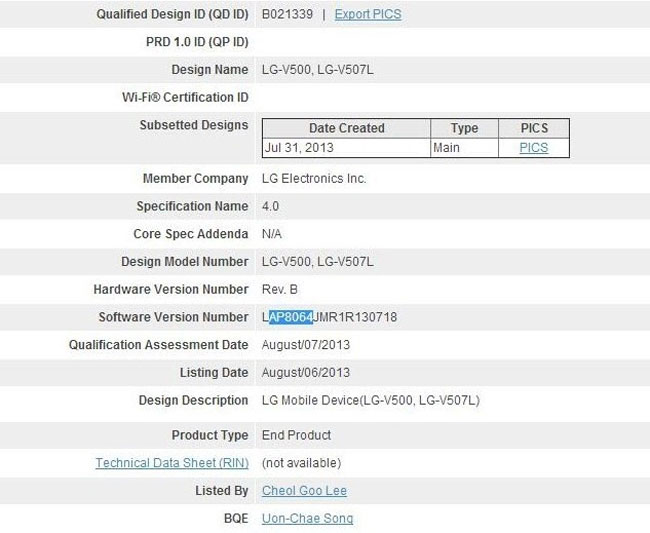 The devices with model number LG V-500 and LG-V-507L that received Bluetooth certification, however, there are no extra details available about the device. It has been revealed in the past that the Korean manufacturer is working on a tablet which will be announced next month at the IFA.

The leaked information of Bluetooth SIG do suggest that the tablets will feature a Snapdragon APQ8064 processor, according to TechKiddy and since there are two tablets, one of them can be a Wifi device while the other one is a 3G/4G supported devices.

There are a number of low to mid range tablets in the market, and many manufacturers are shifting its focus to release tablets, it might be interesting to see LG working on a tablet of its own. Will it be able to compete with all the tablets that are currently dominating the market – if there is any tablet in the pipeline?