Over the weekend details of Twitter’s tablet optimised Android app have been leaked out revealing a few features that you can expect from the as yet un-launched Twitter tablet app. During IFA 2013 this month the Twitter tablet app for Android was spotted running on a new Samsung Galaxy Note 10.1. 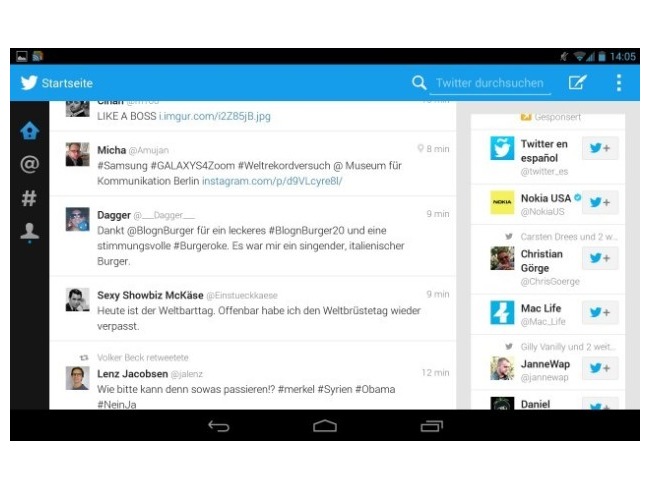 The Android Twitter app for tablets looks as though it sports a similar user interface to that of the Twitter tablet iOS application that was launched over a year ago on to Apple tablet.

If you fancy giving the new Twitter tablet application a spin a German Blog has obtained a copy of the APK installer package, but don’t expect it to be an easy install with all features instantly working though.

No details have been announced or leaked as to when the Twitter tablet application will be available to the public. But we will keep update as details are released.

Source: Android And Me  : Android Next : Verge