Twitter is continuing to add features to its service which have previously been served by third party companies, the other day Twitter announced their own photo sharing service and now the company has launched its own URL shortening service.

What makes Twitter;s URL shortening service different from the range of third party services available, is it is actually built in to twitter, if you paste a link into the Tweet box on Twitter.com, the URL will automatically be shortened. 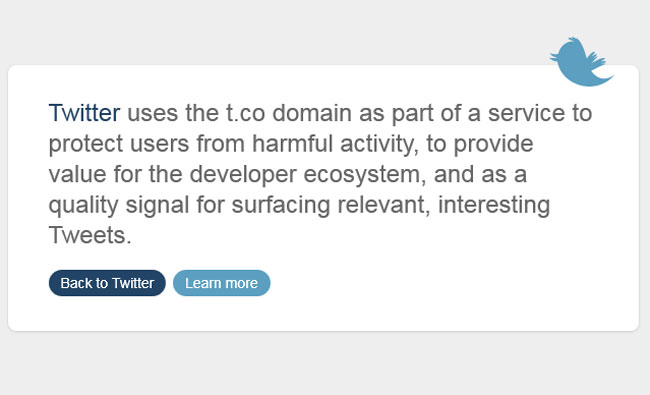 Sharing links on Twitter.com is now simple and instant. Plus, since we show a shortened version of the original link, people will know which site the link points to. This service also increases security. If users click links that are reported as malicious, we direct them to a page that warns them.

You can find out more details about the new Twitter URL shorting service over at the Twitter Blog.