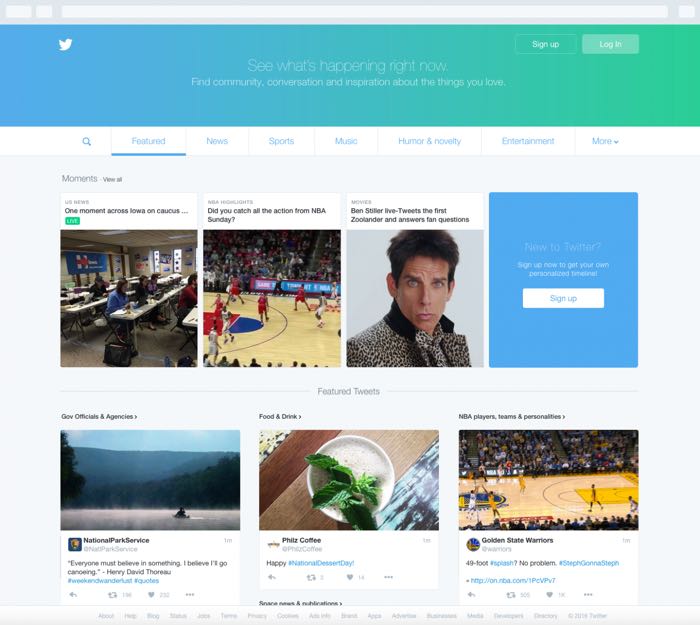 Twitter has announced that it is bringing its newly designed homepage to 23 more countries around the world.

We’re rolling out a home timeline to people across 23 countries* who visit the twitter.com homepage on their mobile devices. Before today, you could see individual Tweets but it was hard to discover stories and conversations happening on Twitter without signing in. Now, you can check out a news story as it unfolds, dive into the play-by-play discussions around a game, and then come back again to see that exchange between two rappers everyone’s been talking about. It’s real-time and straight from the source, just like the Twitter experience for those who log in.

The updated Twitter homepage is now shown to users in the above countries even when you are not logged in, you can find out more details over at Twitter at the link below.