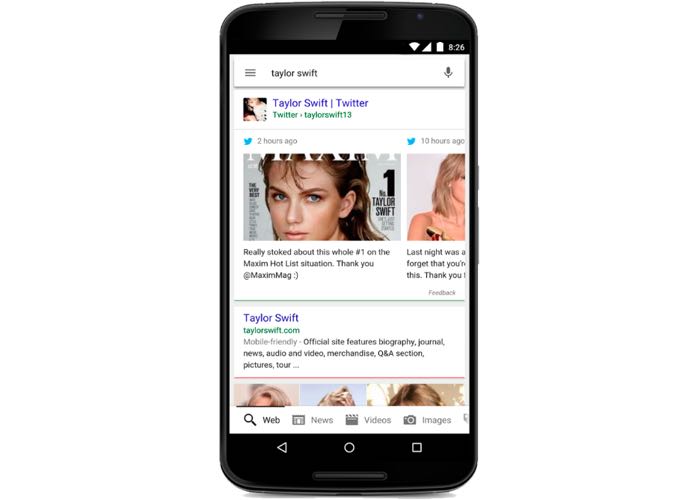 Twitter has announced a new partnership with Google which will bring real time tweets to Google’s search results on mobile.

The new Tweets in Google search results will be available on the mobile web and also in the iOS and Android versions of the Google app, the results will also be headed to the web on desktop in the near future.

For example, if you’re interested in hearing more from Taylor Swift, a quick search on Google will pull up her most recent Tweets. Or, if you’re a TV buff, a search for #MadMen will bring up the most relevant news and Tweets about Sunday’s series finale.

By deeply integrating Twitter’s real-time content into Google search, we hope you find it easier than ever to explore your interests across both Twitter and Google.

The new Tweets will appear on Google.com in English and on the Google App on iOS and Android, you can find out more details at the link below.