It looks like Twitter is working on a new version of their app for Google’s Android devices, and as you will see in the video below, this unreleased version of Twitter for Android has had a new user interface design.

Some of the new features in Twitter 2.0 for Android include the ability to easily select your timeline, direct messages and @ mentions, have a look at it in action in the video below. 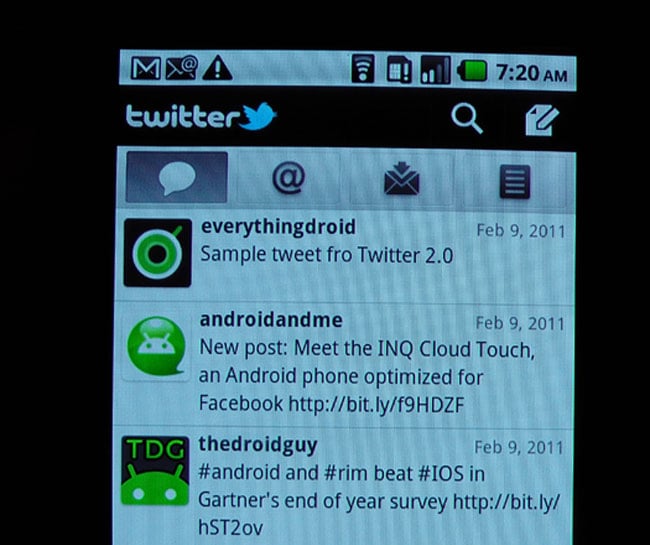 There are no details on when Twitter 2.0 for Android will be available, you can find out more details about it over at Everything Android.

via Android And Me