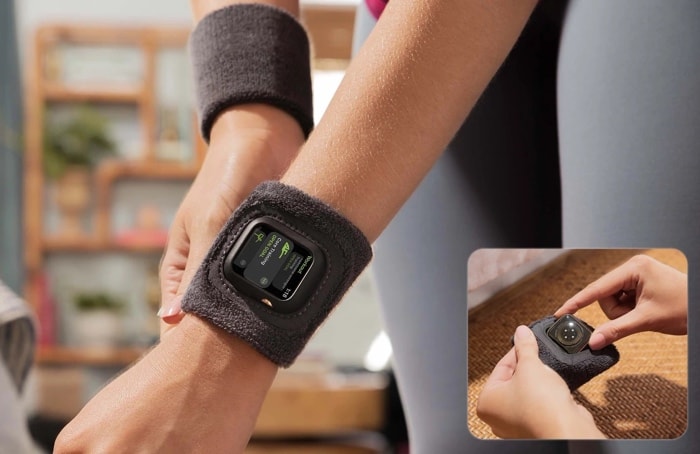 Twelve South has announced that it is launching its new ActionBand for the Apple Watch in the UK, the device will be available in the UK for £24.99. The device launched in the USA back in November of last year.

The Twelve South Action band is compatible with the Apple Watch Series 4, Series 5, Series 6, and SE on both the 40mm and 42mm sizes. The company has said that it will also be available for the Series 7 soon.

Unlike the traditional Apple Watch band, the ActionBand has a protective frame to keep the Apple Watch safe from knocks and scratches while exercising. Comfortable to wear, the ActionBand keeps the device securely pressed against the user’s skin, making it easy to track their progress and providing full access to the Digital Crown and Side Button. Switching to the ActionBand for a workout will also mean that a user’s day-to-day Apple Watch band will stay clean and dry.

The ActionBand comes with a pair of machine-washable wristbands in the box, one with an Apple Watch frame, one without. Thanks to a blend of Lycra, ActionBand has enough stretch in it to position on the forearm, giving users the option to move the Apple Watch off the wrist if they prefer. Its thick cotton material soaks up sweat, keeping hands dry and making it easier to keep a firm grip on barbells, free weights, cardio equipment or a tennis racquet.

You can find out more details about the Twelve South ActionBand over at the company’s website at the link below. The device is available to buy from Amazon in the UK.