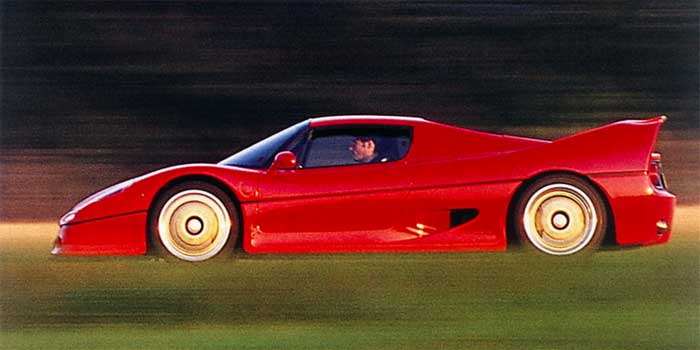 A Ferrari F50 is already one of the fastest performance cars out there. Strap a couple turbos on the beast and it’s even more insane. German turning shop Koenig has a twin turbo kit for the F50 that makes 850hp via a rebuilt V12 engine.

Adding two turbos to the car will get drivers to 60mph in under three seconds and to a top speed of 220 mph. Anyone who has ever seen the F50 on video knows that the car sounds fantastic and looks it too. The video here shows a twin-turbo F50. The sounds it makes!

We don’t even want to know how much it costs to graft turbos onto an F50. Odds are if you can afford the F50 to begin with whatever the cost of the mods isn’t a big deal.