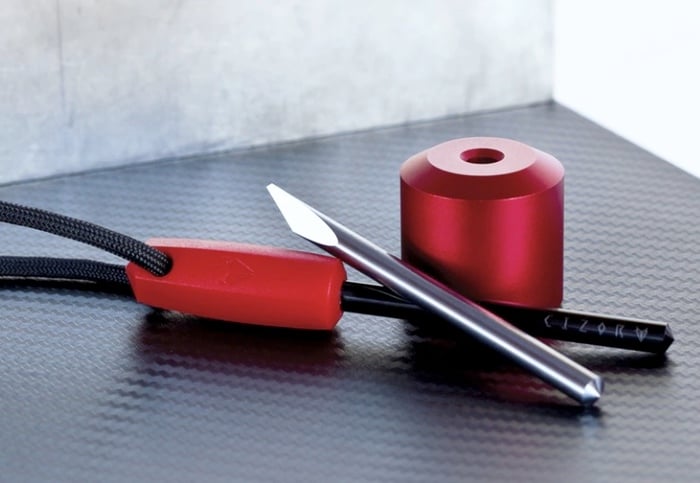 Designer Sander Bakker has created a unique cutting tool made from tungsten carbide, offering a small handy cutting tool that can be carried in your pocket or stood on your desk thanks to its optional stand. The CIZOR tungsten carbide knife will cut almost anything and even smash glass in an emergency.

The scientific name of tungsten is wolfram, and the tip of the knife looks and functions a bit like a canine incisor, hence the knives name. Tungsten carbide is much harder than steel, but therefore also less flexible so care needs to be taken not to damage the tip when dropped. 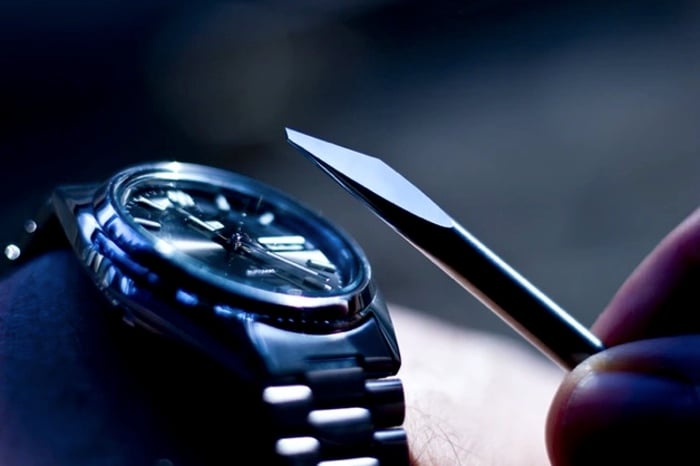 In your pocket or on your desk. Super hard and always handy. This knife will cut almost anything and even smash glass in an emergency. The scientific name of tungsten is wolfram, and the tip of the knife looks and functions a bit like a canine incisor. It did not take long to arrive at Cizor as a fitting name. Tungsten carbide is much harder than steel, but therefore also less flexible. 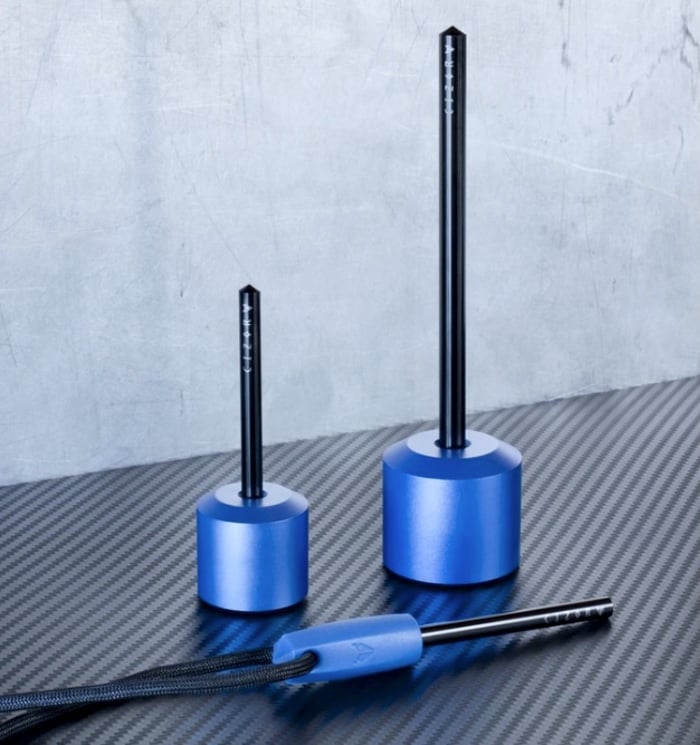 Specially priced early bird pledges are now available for the innovative project from roughly $42 or £31 (depending on current exchange rates). If the CIZOR campaign successfully raises its required pledge goal and the project progresses smoothly, worldwide shipping is expected to take place sometime around August 2021. To learn more about the CIZOR tungsten carbide cutting tool project checkout the promotional video below.

“Welcome to the launch of Cizor, conceived and created during lock-down. I hope you have all been well, because these times are hard on everybody. Let us hope for better ones ahead.Cizor knives are crafted from one of the hardest man made materials in existence, tungsten carbide. You may recognize the compact and time tested form factor of the popular Tidashi knife. “

The basic shape of the Cizor knives is formed out of a powdered state of the material, often consisting of pulverized recycled carbide tools. The finer details of the design are cut by diamond encrusted wheels. Diamond is one of the few materials in existence harder than tungsten carbide, and thus able to cut it.

“Carry it with you anywhere, held securely in its silicone cap. The back of the Cizor is a functional safety tool, which can break a car window in case of an emergency. I am also introducing a much larger pen size version and anodized aluminum stands for both sizes.” 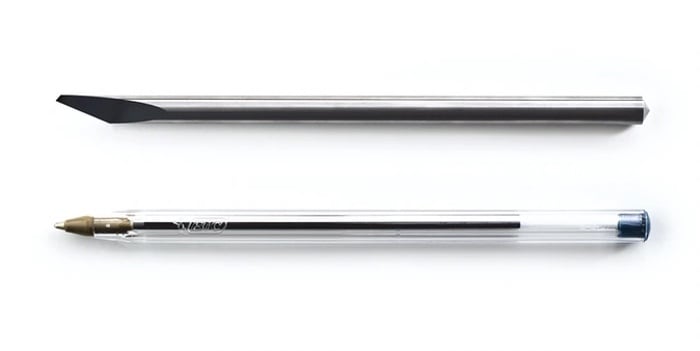 “While designing the larger version, I referenced one of the most widely used hand held objects of the modern industrial era: the BIC Cristal pen, a design from 1950. The Cizor feels much more substantial than the pen, but it enjoys the same ergonomics and balance. Both the small and the large version of the Cizor have the same razor sharp edge. While the smaller portable knife is well suited for every day cutting tasks such as opening packages, the large Cizor will be more at home on a desk, performing fine cutting tasks. Although vice versa is fine too. “ 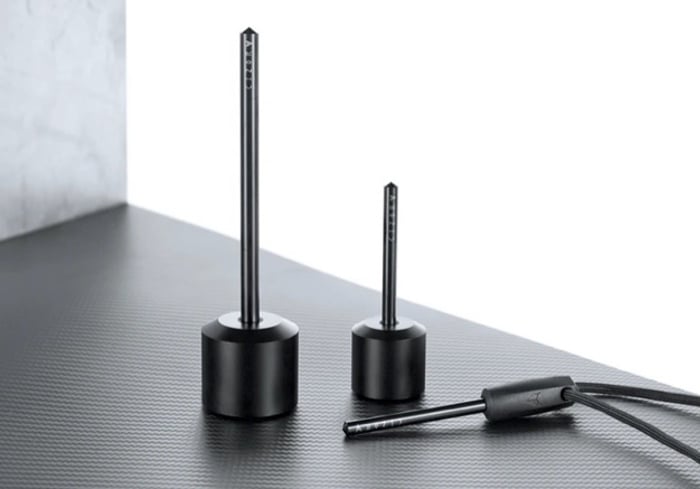 For a complete list of all available backing options, stretch goals, extra media and technical specifications for the tungsten carbide cutting tool, jump over to the official CIZOR crowd funding campaign page by clicking the link below.