Tumblr has today rolled out new updates for its Android and iPhone applications, adding a number of new features and enhancements to both, with the added capability to sign up directly with in the Tumblr app.

The latest Tumblr applications have also received the obligatory fixes together with new features such as, the ability to now find blogs to follow through both your contacts and Facebook account. 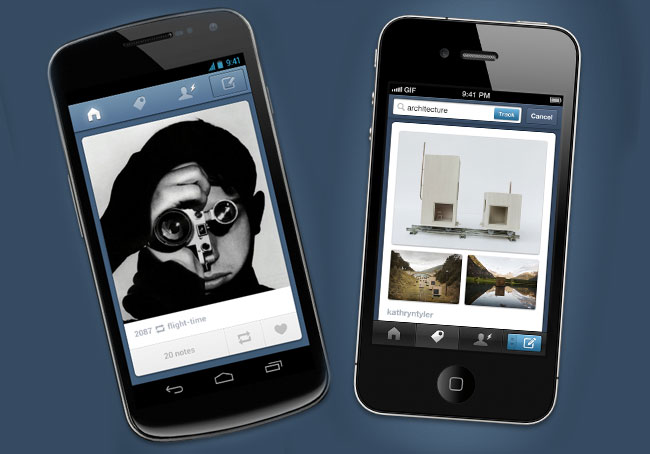 As well as new enhancements to notifications, and the addition of Track tags, to the iPhone app, which Android users were already enjoying. Another handy feature added to both is a new fast reblog feature, when no words are required.

The new Tumblr Android app and iPhone app and now available to download from their respective online stores. Enjoy!