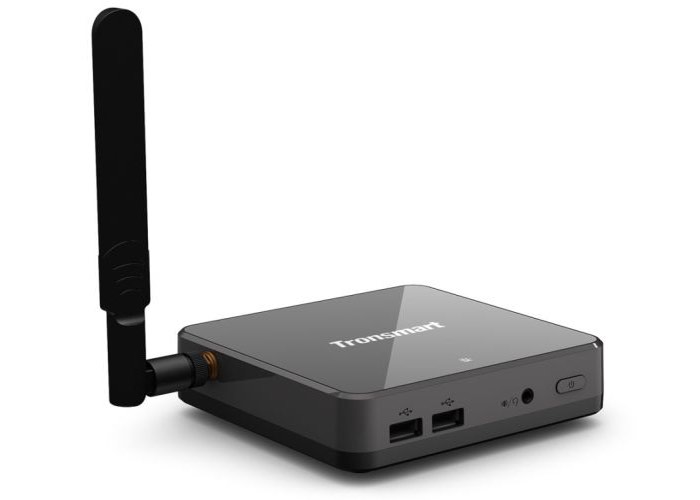 Tronsmart has announced the availability of a new addition to their range of mini PCs this week, with the launch of the Tronsmart Ara X5 Plus which has been spotted for sale via online stores such as Geekbuying, priced at around $140 and building on the technology that was included in the previously released Tronsmart Ara X5.

The Tronsmart Ara X5 Plus measures 4.7 x 4.5 x 1.1 images inside and is equipped with a fanless, passive cooling system and is powered by an Intel Atom x5-Z8300 Cherry Trail processor supported by 2 GB of RAM together with 32GB of on-board storage, as with the previous Ara X5.

What sets the two systems apart is that the Ara X5 Plus is now fitted with faster storage providing a boost in read/write speeds as well as a faster wireless connection thanks to the new 802.11ac wireless card, Replacing the previous 802.11n module. Tronsmart has also included a detachable wireless antenna on the Tronsmart Ara X5 Plus to improve connectivity further if required.

Other features of the Tronsmart Ara X5 Plus include being pre-installed with Microsoft’s latest Windows 10 Home edition operating system and connections provided by 1 x USB 3.0 and 2 x USB 2.0 ports together with HDMI port, a headset jack, and a microSD card reader. For more details jump over to the links below.