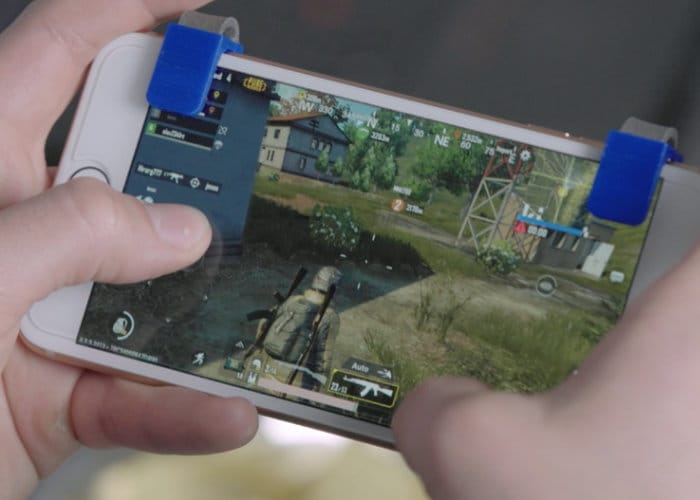 Smartphone gamers searching for a more precise way to control movements and accuracy on games such as PUBG, Critical Ops, Fortnite and more from their smartphone might be interested in a new minimal mobile gaming controller called TriggerClips designed by a team of gamers based in Poland. Watch the demonstration video below to learn more about the very unique smartphone gaming controller which has this week launched by Kickstarter and is now available to back with early bird pledges available from just £10.

“Gamers are about to witness a true revolution. Currently reigning platforms such as XBOX, Playstation or PC welcome a new player, a Smartphone. Rapid development of phones’ hardware enabled players to enjoy games such as Fortnite or PUBG and possibly many other titles in the future. Just imagine how awesome it would be, if you could run GTA ONLINE, FIFA or Call of Duty on your phone. The most prominent problem is the number of actions which can be performed simultaneously.This feature, however, is crucial in certain games. Developers try to bypass this obstacle in numerous ways, for instance they utilise gyroscopic aiming, but it also has several limitations. Just imagine yourself doing a quick spin and aim precisely by swinging your phone around.“

To learn more about the different options and pledges available to help bring the TriggerClips mobile gaming controller into production, jump over to the official crowdfunding campaign page by following the link below.