A new conceptual transparent bike has been created by German studio Designaffairs which they have named the Clarity Bike. The new style of bike has been constructed from a polymer called Trivex, the same plastic that is used to create fighter jet canopies.

Trivex is incredible strong and lightweight and is able to with stands major shocks and bumps, and is also resistant to extreme heat and cold. 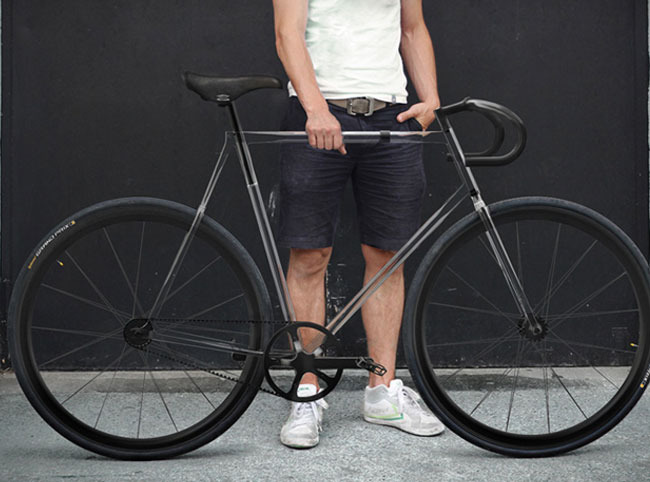 Also in mass production Trivex can be injection moulded, which would enable mass production at an affordable price and in a variety of shapes and colours. DesignAffairs explains

“We believe that the Clarity Bike could be a giant leap forward in bicycle frame engineering and production. The design takes advantage of an advanced polymer which combines high impact resistance, lightweight properties and a gentle flexibility that usually would only be expected on an old Italian steel frame.” 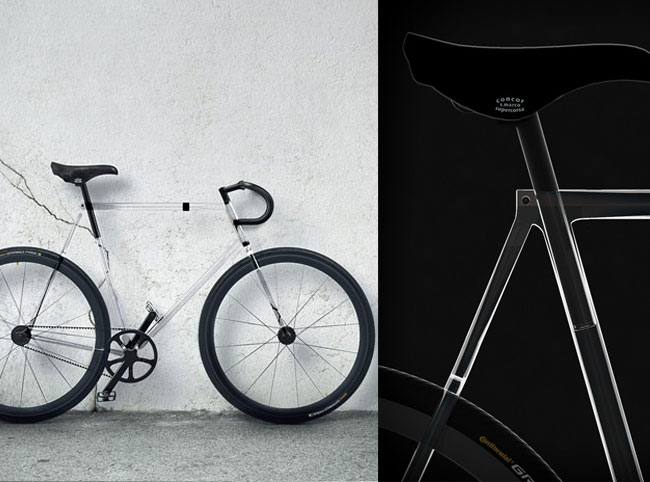