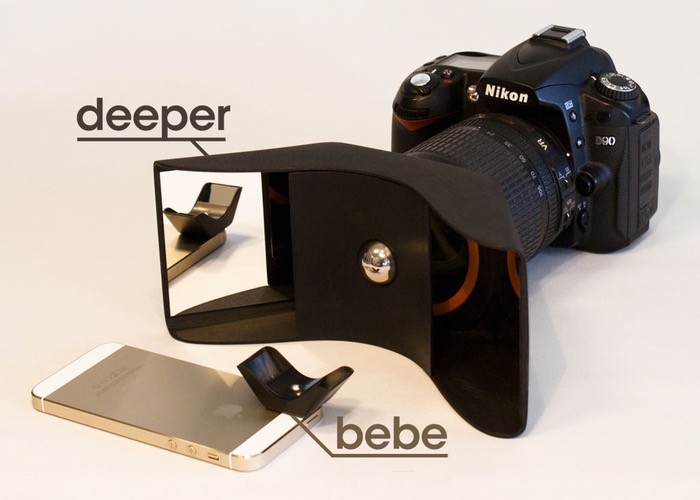 Owners of digital DSLR cameras and smartphones that are interested in taking 3D photographs might be interested in a new adapter which has been created by Íris Ólafsdóttir based in Iceland called the Kúla.

The Kúla 3D camera adapter has been designed to transform any normal camera into a 3D photographic system. Learn more about the Kúla project and see it in action in the video after the jump.

“We believe that when you capture your own moments in 3D you will realise the magical experience of personal 3D photography—just like we did. We want to bring this experience to you.

That’s why we are making two super simple devices, one that is easily attached to your DSLR and another for your smartphone. This makes it easy as one two three for you to start taking your own 3D pictures and videos. And you will see—it is magical.

In a nutshell Kúla Deeper and Kúla Bebe use high precision mirrors to capture the image from two slightly different perspectives. So after you snap a photo you´ll see what looks like the same picture side by side. Combined, these pictures make a 3D picture (or video). The picture below was captured with Kúla Deeper and explains how it can make up a 3D picture: “

The Kúla project is currently over on the Kickstarter crowd funding website looking to raise enough pledges to make the jump from concept to production. So if you think Kúla is something you and photography could benefit from, visit the Kickstarter website now via the link below to make a pledge and help Kúla become a reality.