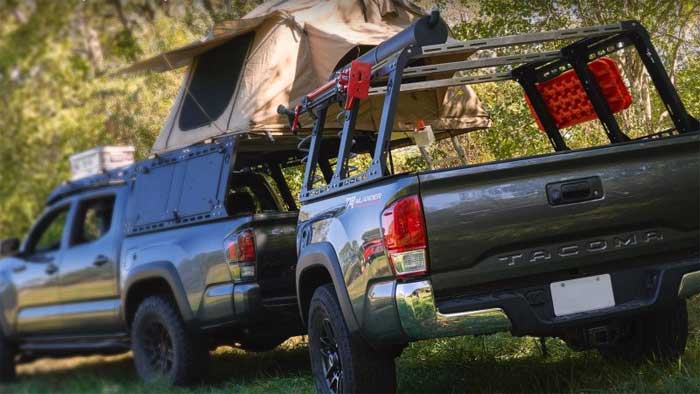 For just about as long as there’d been pickup trucks, DIY fans have been taking the rear axle and bed from trucks and making trailers out of them. It’s something you don’t commonly see with new vehicles, but Toyota is teasing exactly that at SEMA. The pickup itself is an overlanding rig fitted with all sorts of necessities for living in the wilds.

While the truck itself isn’t particularly unique, the trailer it’s towing is grabbing attention. The trailer is called the Sport Trailer and is the bed of a Tacoma and appears to essentially double the truck’s carrying capacity. For those who enjoy overlanding, the trailer adds significantly to the capability allowing the concept to offer propane, running hot water, a toilet, stove, freezer, and more.

Full details of the concept and its trailer won’t be revealed until SEMA kicks off later this month. With pandemic still preventing gatherings of people, this year’s SEMA show will be virtual.