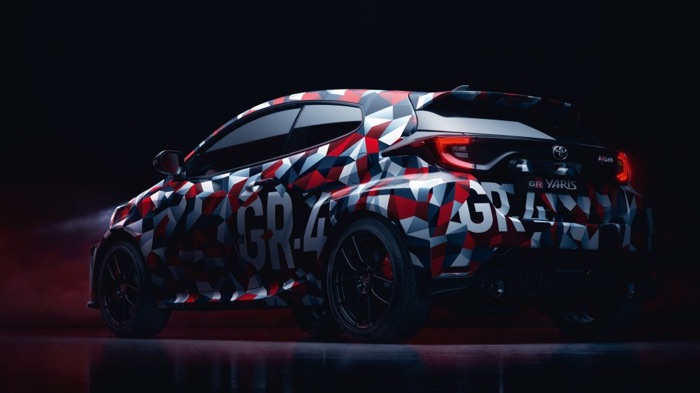 Toyota has revealed that they will be unveiling a performance version of their Yaris in January, the Toyota GR Yaris.

The Toyota GR Yaris is inspired by Toyota rallying and the car will be their second GR sportscar, the first was the GR Supra.

The GR Yaris benefits from advanced technologies, knowledge and experienced gained from Toyota’s title-winning participation in the World Rally Championship (WRC) under the Toyota Gazoo Racing (TGR) banner. It will be the second pure sports car to be launched globally by TGR, following the return of the legendary Toyota GR Supra.

The GR Yaris has completed its final development stage and a prototype was recently pushed to the limits by Akio Toyoda, Toyota’s global president, under his TGR Master Driver codename Morizo.

Toyota is using TGR motorsport activities to help create ever-better cars and build a passionate fan-following, competing in challenging events in different competition categories around the world. In 2017, it returned to the FIA World Rally Championship with the Yaris WRC (World Rally Car), going on to post five victories and secured the manufacturers’ title the following year. Its success has continued in 2019, with the team claiming both the drivers’ and co-drivers’ championships.

We will have more details about the new Toyota GR Yaris when it is made official in January, you can find out details at the link below.