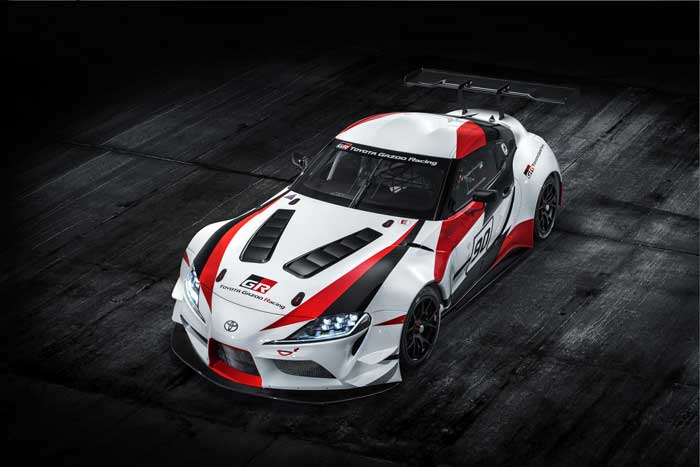 Toyota has unveiled the very cool GR Supra Racing Concept at the Geneva Auto Show. The new concept car shows Toyota’s commitment to bringing the storied car back to production according to the automaker. The concept car is intended for racing and hints a future road and track car.

The last Supra left production 16 years ago and remains popular today thanks to Gran Turismo video game and the hero car positioning in the original The Fast and the Furious movie. The car features bodywork and a large rear wing intended for downforce and performance, it is made with lightweight composites.

It rides on BBS racing wheels and has Brembo brakes. The interior is all business with a roll cage, race seat, racing steering wheel, and racing harnesses. The dash is a racing unit as well. Everything about the car is designed for competition. An update to Gran Turismo Sport will bring the GR Supra Racing Concept to the game in April.