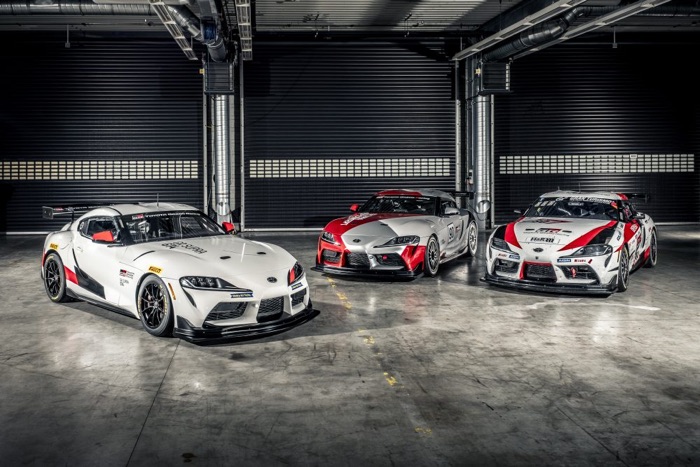 Toyota has announced that their GR Supra GT4 concept will be launched as a race car in 2020 and the Toyota GR Supra GT4 will be available as a track only car for private individual and racing teams.

Toyota Gazoo Racing today confirmed it will launch the GR Supra GT4, a race car for private/customer teams, in 2020. This comes on the back of growing worldwide customer expectations following the unveiling of a GR Supra GT4 concept car at the Geneva Motor Show in March this year, and the GR Supra’s participation in the Nürburgring 24 Hours race in June.

The GT4 competition category is popular with private race teams around the world because of its low cost and simple entry requirements. GT4 cars are eligible for a wide variety of races, including the continental series and the VLN endurance races at the Nurburgring in Europe, the Michelin Pilot series in the USA and the Super Takiyu series in Japan. GR Supra already competes in the NASCAR Xfinity championship in North America and, from 2020, is scheduled to take part in the Super GT GT500 class in Japan.

You can find out more details about the new GR Supra GT4 race car over at Toyota at the link below.