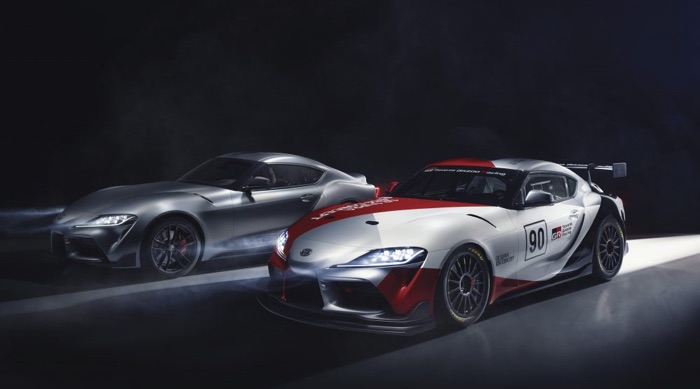 Toyota has announced that its new GR Supra GT4 Concept will be shown off at the Goodwood Festival of Speed. The event takes place between the 4th and 7th of July.

The new Toyota GR Supra GT4 Concept will take part in the hill climb at Goodwood and will be driven by Toyota Gazoo racing driver Mike Conway.

The new GR Supra GT4 Concept will be in action on the famous hillclimb for the first time, driven by TOYOTA GAZOO Racing driver Mike Conway. Its Goodwood appearance follows on from its world debut at the 2019 Geneva motor show, where it was presented as a study for how the new GR Supra might be developed as an affordable proposition for grassroots motorsport and GT4 competition.

The standard Toyota GR Supra will also be taking part in the festival, returning to the scene of its world premiere public driving appearance last year when it ran with its bodywork clothed in distinctive “A90” camouflage. This time there will be no disguise as it heralds its much-anticipated arrival on European roads later this year. Taking the wheel once again will be Chief Engineer Tetsuya Tada, the sportscar genius who has led the legendary Supra’s renaissance and who also created the Toyota GT86 coupe.

You can find out more information about Toyota and what cars they will be showing off at Goodwood at the link below.