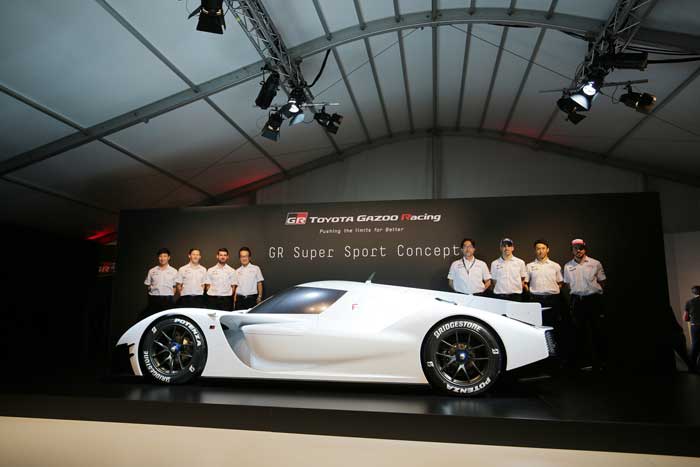 Toyota had its very cool GR Super Sport Concept at Le Mans and talked up the ride a bit. It looks very much like a milder Toyota TS050 Hybrid LMP1 racing car of the sort Toyota field in the FIA WEC. In fact, the GR Super Sport concept and the racing car share a powertrain.

That powertrain has a twin turbo V6 engine that uses direct injection and displaces 2,400 cm cubed. The gas engine is paired with a Toyota Hybrid System-Racing hybrid system and combined with the gas engine the car makes 1,000 DIN hp. The coolest part is that it sounds as if Toyota may produce this car.

Shigeki Tomoyama, President of GAZOO Racing Company, said that at some point in the “near future” customers will have a chance to get behind the wheel of the car and experience its performance. It would be awesome if Toyota produced a sports car based on this concept.