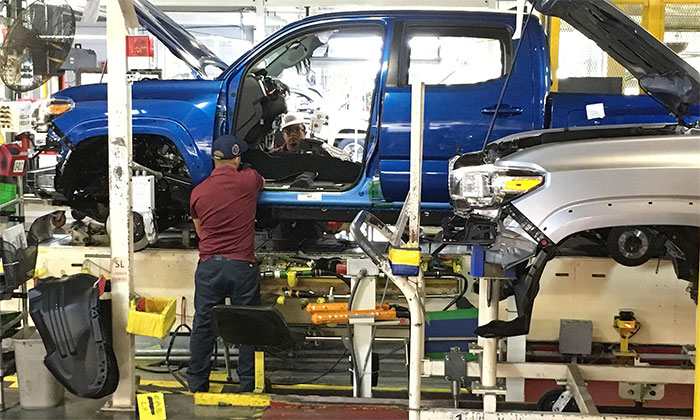 Toyota has announced that it plans to expand production at its Tacoma production facility in Mexico. The expanding production comes as demand for the mid-size truck is booming and supply is tight. Toyota says that the tight supply of the truck has held back sales.

To fix that tight supply Toyota will increase production of the Tacoma by 60,000 units making production annually about 160,000 units. This new capacity bump will happen in late 2017 or early 2018 according to Toyota from the 100,000 units produced each year currently. Toyota continues to dominate the mid-size truck market, but competition from others is stiffening including the new Colorado from Chevy and its twin the GMC Canyon.

The booing mid-size market has seen the new Honda Ridgeline selling well and the Nissan Frontier has seen sales grown by 45% this year. As other trucks start to sell well, Toyota is seeing its share of the market slide with a decrease to 43% through August from 51% of the market a year earlier.

“Demand for trucks has grown exponentially,” Toyota Motor North America CEO Jim Lentz said in the statement. “By leveraging our manufacturing facilities’ availability and expertise, we can be nimbler and better adjust to market needs in a just-in-time manner.”