When we mention “any phone” in the title, we do mean any phone imaginable. Including your clunky cell and those working leftover models from the “dumb” age before the deluge of iPhones.

Pioneered by the UK company Input Dynamics, TouchDevice software utilizes the built-in mic of any handheld phone to receive specific acoustic signatures on its surface like a finger tapping a button. 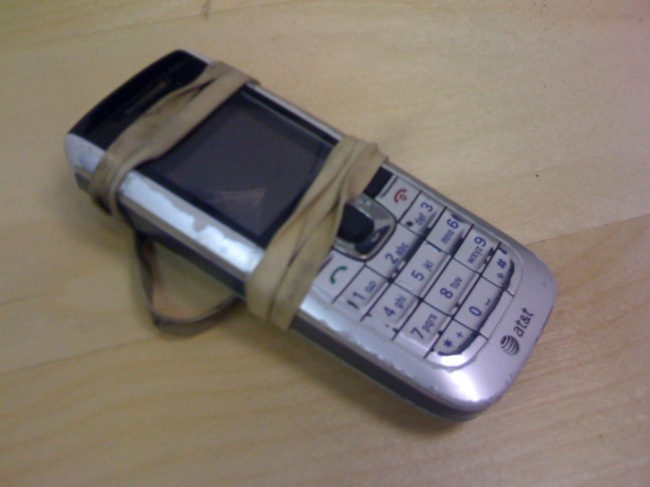 While it sounds promising, some bloggers have received this news with no small amount of skepticism. The primary beef of the doubtful is whether a TouchDevice enabled phone can properly ‘read’ every single tap or nudge it receives.

Despite this, Touch Device’s inventor Giovanni Bisutti reports he’s busy working deals with the biggest handset manufacturers in the biz. After all, TouchDevice software is also applicable to the current generation of phones as a ticket to improved performance.
In the meantime, we’ll keep our fingers crossed.