If you live in Europe or other countries where your AC outlets inside the home are recessed you may not have had the chance to shock yourself while plugging something in or unplugging it like those of us here in the US have. I know I have shocked myself several times over the years when unplugging something and not paying attention by touching the prongs before they are all the way out of the outlet.

A new concept plug at Yanko Design will make shocking yourself on American plugs a thing of the past. The concept is called the Total Safety Plug. It has a blue accordion looking sleeve that goes over the prongs of the plug. As you plug the device in the sleeve folds back. 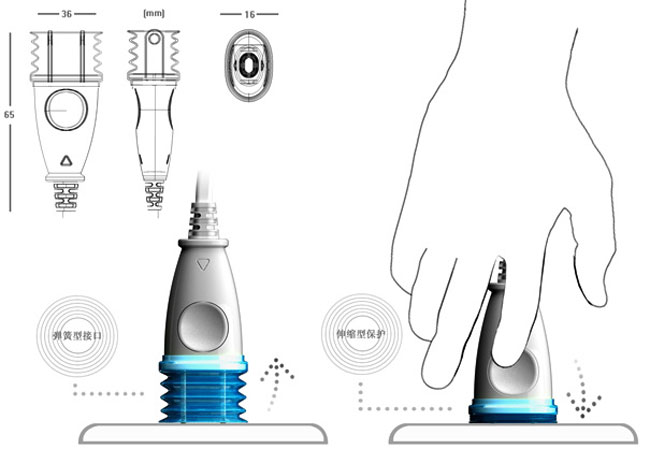 When you unplug the cord the sleeve unfolds again preventing you from touching the plug and shocking yourself. This concept would have to be very cheap and if it could be added to the plugs on your gear already in the home it would be great for childproofing.