We have already seen a new tablet from Toshiba this morning, the Toshiba Excite X10, and now we have a new 14 inch ultrabook prototype which Toshiba has unveiled at CES 2012.

The Toshiba 14 ultrabook is apparently still a prototype at the moment, and it features a similar design to Toshiba’s business notebooks with a brushed metal casing, and rounded corners. 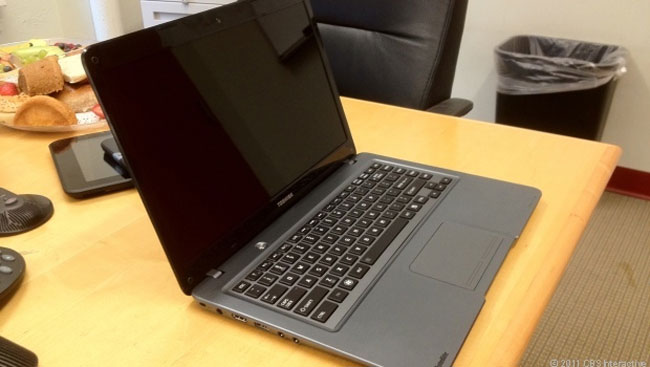 Unfortunately as yet we don’t have any specifications on this new 14 inch ultrabook from Toshiba, as soon as we get some more information we will let you guys know.