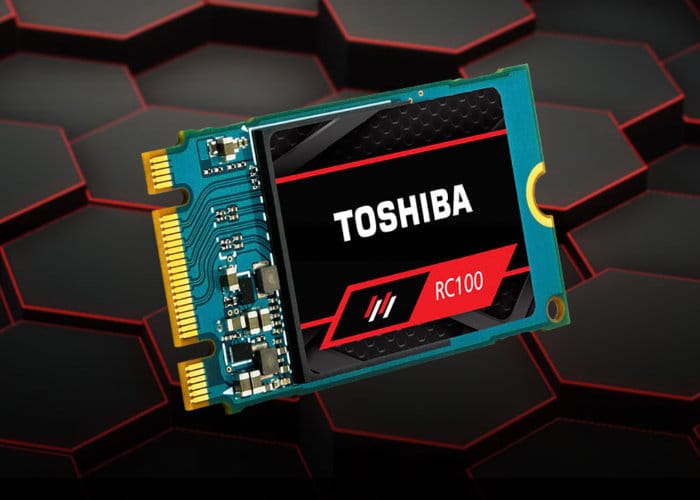 Anyone patiently waiting to get their hands on the new Toshiba RC100 Series value optimised NVMe solid state drive (SSD). Will be pleased to know that Toshiba has today announced availability of the RC100 Series of NVMe (NVM Express ) M.2 solid state drives. The new SSD drives are available in capacities of 120 240 and 480 GBs and are equipped with 64-layer, 3-bit-per-cell TLC (triple-level cell) BiCS FLASH technology control by Toshiba’s controller which has been developed in-house.

Offering Random Read/Write Speed Up to 150,000/110,000 IOPS and Sequential Read/Write Speed of up to 1600/1100 MB/s with Endurance up to 240 TB of Total Bytes Written (TBW). “With the RC100 Series, we set out to address a major complaint that users have with NVMe drives – their expense,” said Alex Mei, vice president marketing, consumer SSDs and storage outbound marketing at TMA. “Not only are our new SSDs more affordable than the enthusiast NVMe drives on the market, they are more compact and power efficient as well. With the RC100 Series, we’re opening the door for mainstream adoption of the M.2 NVMe standard – and all of the benefits it brings.”

For more information and purchasing options jump over to the official Toshiba website or retailers such as Amazon and Newegg where the SSD drives are now available to purchase.