Toshiba has yet to officially announced their new Portege M930 slider laptop, but Microsoft has already been showcasing the new sliding laptop at CES this month. Giving us an easily glimpse of the new Toshiba slier laptop and its features.

The Toshiba Portege M930 is similar in design to the Asus Eee Pad slider laptop, launched at CES last year. But as you would expected detailed specifications for the new system are still very thin on the ground until any official announcement has been made by Toshiba. 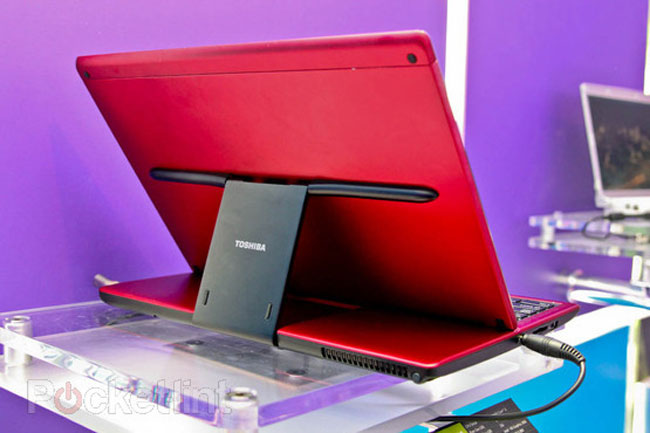 What we do know thanks to Pocket Lint who spotted the new Toshiba Portege M930 at CES and were able to get their hans on it. Is that it sports a an Intel Core i5 processor, come with 4GB of RAM and have a 256GB hard drive. Together with a 13 inch screen with a resolution of 1280 x 800. The laptop weighs in at 1.9kg and measure just 27mm thick.

The mechanism used in the new laptop allows you to slide back the screen, to reveal a QWERTY keyboard. However due to the sliding design of the laptop when the keyboard is revealed there is no tracker pad.

Unfortunately no information on pricing or worldwide availability has been released as yet, but as soon as information comes to light from Toshiba we will keep you updated as always.