Whilst most of us are waiting for Apple to launch their much rumored Tablet, it looks like other manufacturers are getting in on the game, Toshiba has just announced  a new multimedia tablet, the JournE Touch.

The Toshiba JournE Touch features a 7 inch touchscreen display, built in 802.11 b/g WiFi, and built in features like YouTube, an RSS Readers, built in MSN Messenger, a photo viewer, and support for sites like Flickr and Picassa. 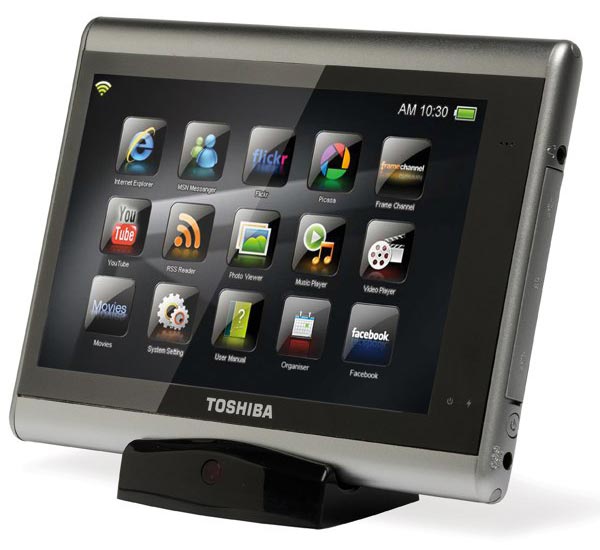 The Toshiba JournE Touch will come with 1GB of built in storage, which seems a little on the small side, there is an SD card slot for expansion and it is running Windows CE 6.0, on top of that there is Internet Explorer for web browsing, it also has a USB port so you can upload pictures and movies, and it measures just 14mm thick.

Toshiba intends to released the JournE Touch in Q4 and it is expected to retail for around 250 Euros, about $360.