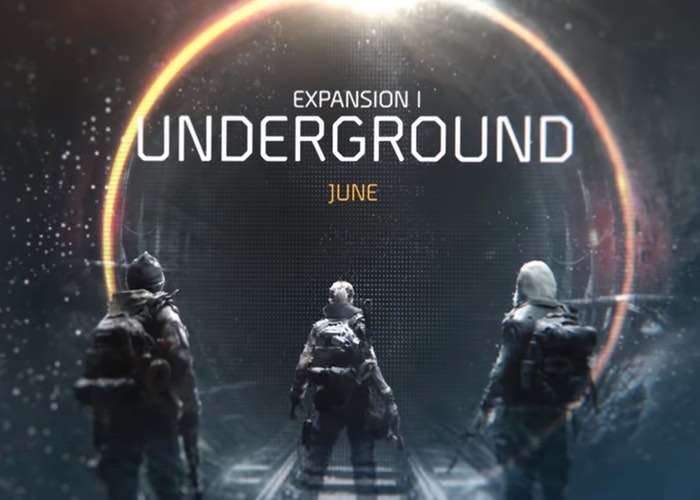 After being revealed at E3 2016 earlier this month a new trailer has been released for the upcoming The Division: Underground DLC which will be available on PC and Xbox systems from June 28th, 2016 onwards.

While unfortunately PlayStation 4 gamers will have to wait just a little longer to be experience the new Expansion 1 which will be available on PlayStation systems early next month from August 2nd 2016 onwards.

Check out the latest trailer and gameplay tease to whet your appetite, ahead of the release of the new Underground DLC

The labyrinthine subways and tunnels of New York are an ideal setting for The Division’s first paid expansion, which introduces Underground Operations – special missions that consist of randomized dungeons and objectives. In DLC Expansion I: Underground, dive into the underbelly of New York with up to three friends to save what remains. Explore the randomly generated mazes of subways, tunnels, and sewers to fight deadly enemies and recover powerful loot. Experience an all-new incursion and find the latest weapons, gear and more.

Ubisoft’s Giancarlo Varanini explained a little more over on the official Ubiblog :

Having watched other Agents play through their own Underground Operation before getting a turn to play, it’s cool to see just how different our level layout is from that one. The opening moments of their mission had a relatively large space dotted with subway trains to run in and out of. Conversely, ours directs us to a room featured stairs and ladders for more vertical movement, but is much smaller. As we move through the level to complete our objective of destroying enemy supplies, the Fog of War modifier has a noticeable impact on our strategy – we’re relying even more on our squadmates to use the Pulse skill, and we’re moving through the environment a bit slower than we normally would.

That’s not the only thing slowing us down. Underground levels are filled with environmental hazards caused by the damage the system has sustained since the collapse. As we make our way through the rooms, we run not only into two electrical traps (that can be dismantled or carefully navigated around, if there’s room), but also a fire hazard that requires Agents to turn off nearby valves before moving on to destroy more supplies.