The guys over at Tokyoflash have created another cool watch concept, this one is called the Wavelength and it features selectable LED backlighting.

The time is displayed on the Wavelength with the hours shown in digits in the negative space in the center of the display, and the minutes are then shown by rings of blocks which surround the digits. 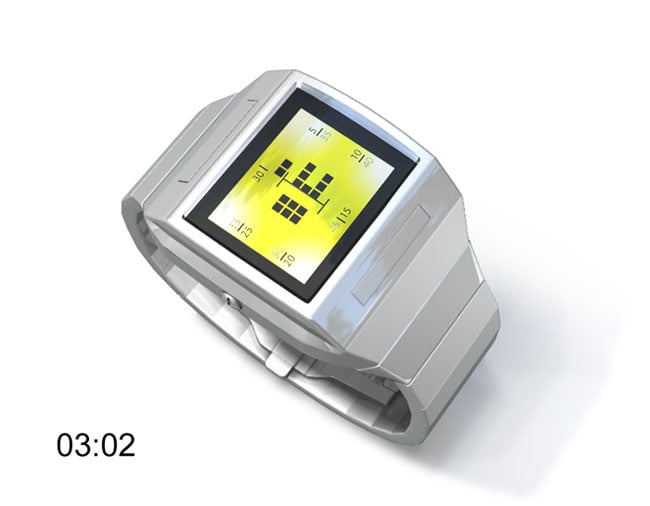 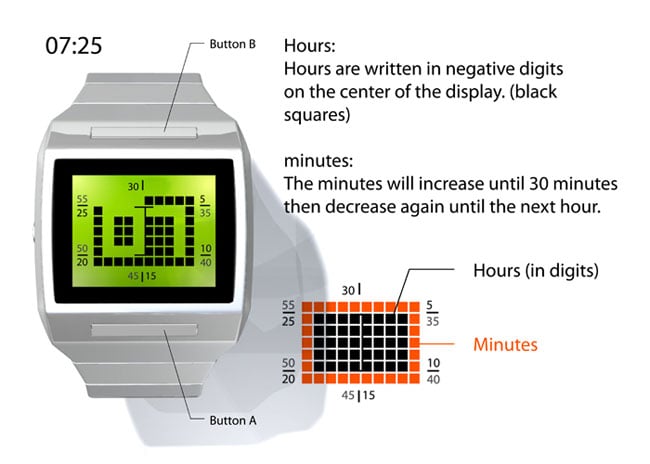 The first rotation of minutes in positive blocks to 30 minutes, then the second rotation in negative blocks to 60. There are markings to help indicate the current position. The simple, tough looking case has large buttons above and below the face to initiate the LED backlighting..

It certainly looks like an interesting design, although it may be quite hard to tell the time on it, as it would probably take me about 30 minutes to work out what time it was.