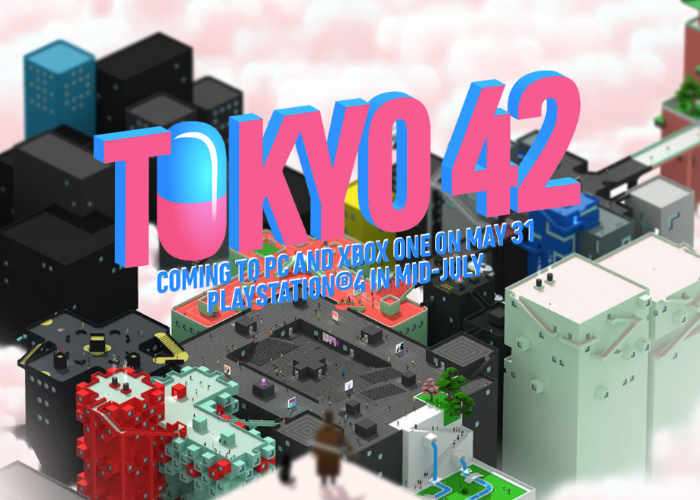 Those of you that have been patiently waiting for the new Tokyo 42 to launch you will be pleased to know that the stylish isometric open world shooter is now available to play on PC and Xbox One, and will be later available on the PlayStation 4.

As you would expect the PC version of the Tokyo 42 game is available via Steam and you can see the gameplay you can expect to enjoy in the launch trailer from developers Mode 7 below.

Tokyo 42 is a hyper-stylish isometric open-world shooter. Framed for a murder you didn’t commit, you’ll delve into a world of assassins, deadly corporate intrigue and…tactical cats.Spin the camera to see every angle of this beautifully hand-crafted micro Tokyo, as you discover a huge range of weapons, secrets and stories.

Skilful shooting, bullet physics, sneaky stealth and crowd simulation all play a role in this ultra-colourful kinetic frenzy. A single player open-world story mode and a host of multiplayer modes await in this unique and critically acclaimed action masterpiece.