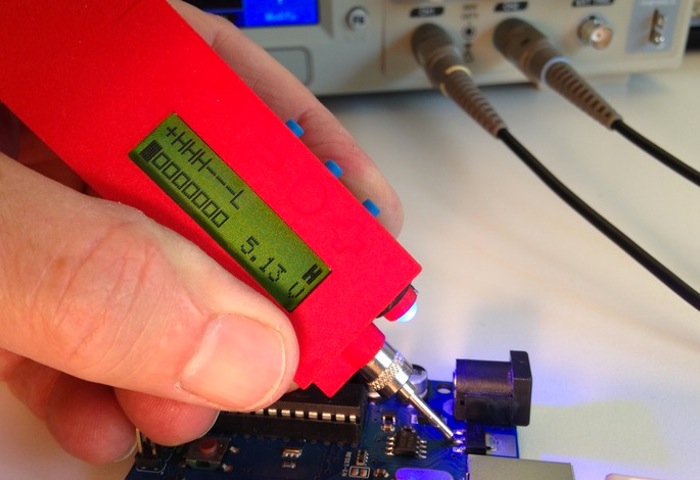 Makers, hobbyists, developers and students looking for a easy and convenient way to debugging electronic circuits whether they use the Arduino platform, the Raspberry Pi mini PC or something else.

Might be interested in a new device called the Tiq Probe that has been specifically designed for debugging electronic circuits and which is in its final hours over on the Kickstarter crowd funding website looking to raise $50,000 to make the jump from prototype into production.

The Tiq Probe has been designed by Innavatus based in Long Beach California and provides an easy way to see what’s happening inside your Arduino, RasPi, robot, 3D printer or electronic project, to assist in debugging electronic circuits.

“tiq is designed to be the first tool you’ll use when chasing issues in your electronic project, Arduino, Raspberry Pi, internet-of-things-thing or robot – automatically giving you fast, detailed information in an easy-to-connect handheld probe. No other tool has ever offered tiq’s unique combination of powerful features

Simply touch tiq to a circuit and it instantly displays repetitive pulse activity and timing or detailed logic level analysis with voltage measurements. Fully automatically, no settings or adjustments required! The information is on a crisp LCD screen close to the probe tip, augmented by LED colors and audible tones, so you don’t have to look away at a screen, risking dangerous probe slips.”

So if you think the Tiq Probe is something your electronic projects could benefit from and help you debugging electronic circuits, visit the Kickstarter website now to make a pledge to help the Tiq Probe become a reality.