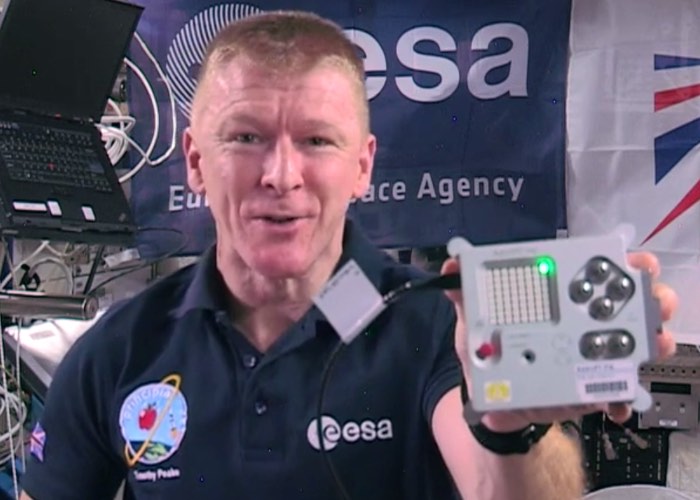 Tim Peake the British astronaut that is currently stationed on the International Space Station which is circling the earth has sent back a new video of him using the Raspberry Pi Astro Pi unit to carry out a number of tasks, coding challenges and listened to a couple of MP3s in the process.

Check out the video below to learn more about what Tim has been experimenting with in space, and the projects he has been initiating thanks to school children creating interesting experiments to be carried out using the Astro Pi on the ISS.

The Raspberry Pi foundation explains little moreover on their website :

Back in February, we announced an extension to the Astro Pi mission in the form of two coding challenges. The first required you to write Python Sense HAT code to turn Ed and Izzy (the Astro Pi computers) into an MP3 player, so that Tim Peake could plug in his headphones and listen to his music. The second required you to code Sonic Pi music for Tim to listen to via the MP3 player.

We announced the winners in early April. Since then, we’ve been checking your code on flight-equivalent Astro Pi units and going through the official software delivery and deployment process with the European Space Agency (ESA).

Crew time is heavily regulated on the ISS. However, because no science or experimentation output is required for this, they allowed us to upload it as a crew care package for Tim! We’re very grateful to the UK Space Agency and ESA for letting us extend the Astro Pi project in this way to engage more kids.

British ESA astronaut Tim Peake’s message to the students who took part in the 2016 Astro Pi coding challenges to hack his Astro Pi mini-computer, on the International Space Station, into an MP3 player. The music heard is called Run to the Stars composed by one of the teams who took part.

If you enjoy building Pi projects you might be interested in our comprehensive list of Raspberry Pi displays, HATS and small screens or this list of awesome Raspberry Pi Zero projects we have put together.