The TikTok And LunaTik Nano straps are a great story of how an idea can make the break in to production and beyond. Back in the third quarter of  2010 the LunaTik and TikTok watch straps designed to hold Apple’s iPod Nano were just an idea of their designer Scott Wilson.

But after he started the funding process via the Kickstarter website and raised nearly a million dollars in the process. After only initially asking for $15,000 the design was well on the road to production and are now both shortly arriving in Apple stores world wide. 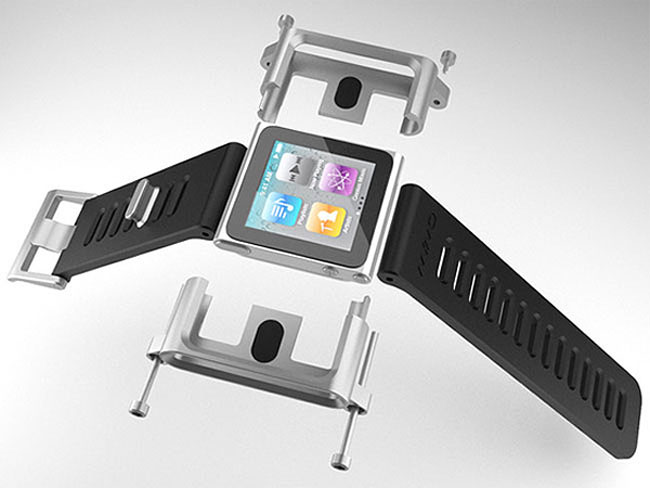 With more than 40,000 sales of the two models through the website alone, Apple has seen the potential for a premium add-on for the Nano and now both the Apple and the Lunatik websites will sell all the new models, including the new white TikTok design and the new LunaTik in red and black. Also check out the Lunatik TakTik iPhone Case.