Thrustmaster has unveiled a new range of Ferrari gamepads for the PS3 and the PC which will come in as limited editions. 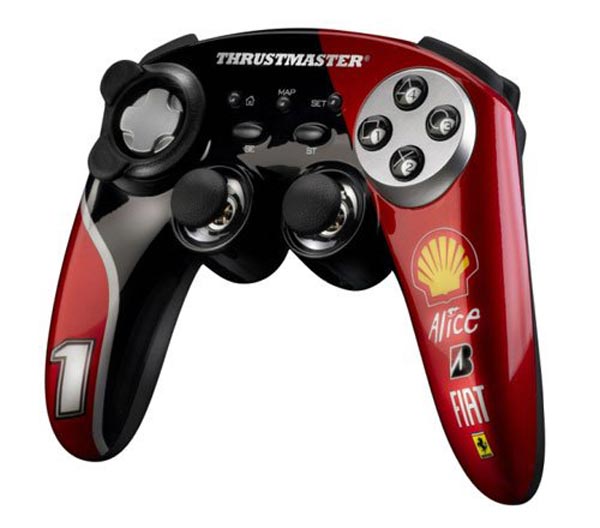 The next Ferrari-licensed Thrustmaster releases will be gamepads worthy of the prestigious license they display: a streamlined combination of refined, elaborate aesthetics and uncompromising design with superior performance. Four controllers will be released, symbolizing the most prestigious cars designed by Ferrari, each of them featuring a unique personality.

Prices start at $49.99 for the wireless versions, and there is also a wired version which will retail for $39.99, they will go on sale in October.