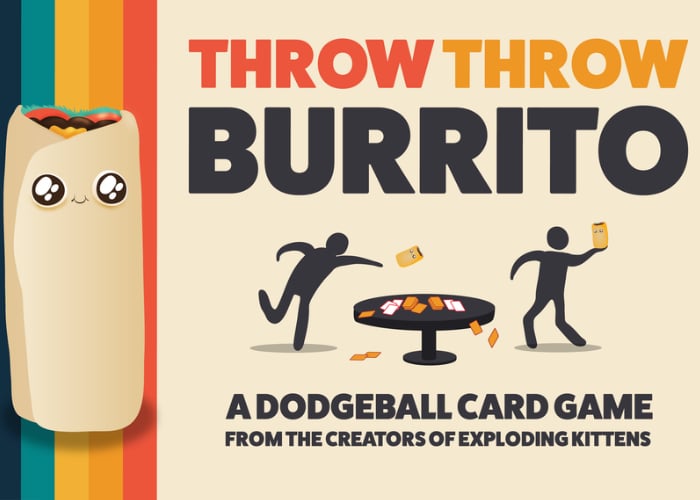 The creators of the hugely popular Exploding Kittens card game have once again taken to Kickstarter to launch their new game which is described as the world’s first “dodgeball card game”.

Collect cards. Play your hand. Throw things at your friends. To learn more about the new card game from the creators of Exploding Kittens which has already raised over $660,000 thanks to over 13,000 backers with still 29 days remaining, watched the promotional video below.

“Throw Throw Burrito is what you get when you cross a card game with dodgeball. Try to collect matching sets of cards faster than your opponents while simultaneously ducking, dodging, and throwing squishy airborne burritos. The cards you collect earn points, but getting hit by flying burritos loses them. So clear some space and put away the antiques, because you’ve never played a card game quite like this before.”

For more details on the rules, pledges and more jump over to the official Kickstarter crowdfunding campaign page by following the link below, where the game is now available to back with early bird pledges available from $35 or roughly £26.