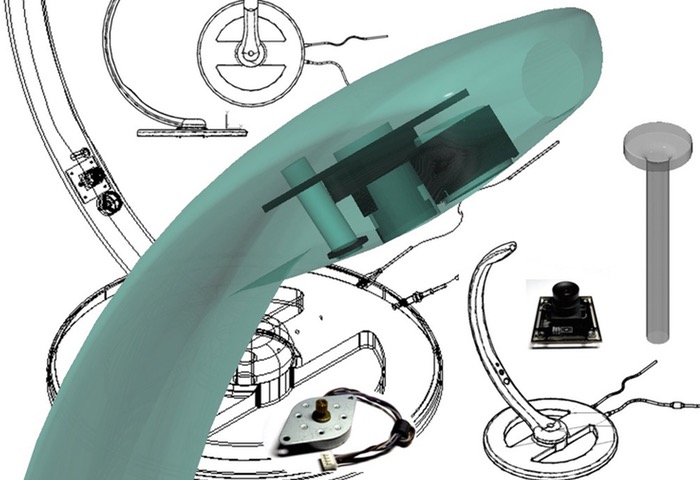 Those of you that have access to a 3D printer and are looking for a desktop 3D scanner to easily create 3D models to print or use within 3D modelling or CAD packages. Might be interested in a new scanner created by Dimiter Yordanov called the Dyscan.

The Dyscan offers a new design for a desktop 3D scanner that is now available to back on the Kickstarter crowdfunding website for $500 and provides precision high-resolution 3D scans for your projects.

Watch the video below to learn more about the new Dyscan 3D scanner and its features and why it is currently looking to raise $380,000 over on the Kickstarter crowdfunding website. It’s designer and creator Dimiter explains little more :

“This project aims to deliver a low-cost desktop tool that can be used in a variety of environments and for a range of tasks. Herein we describe a simple 3D scanner designed to perform 345 spatial degree scans of objects up to 22cm (~8.7”) in size.

A software reconfiguration turns the device into a panorama scanner, similar in action to the dental panorama X-ray machines, where the scanning arm rotates about your head at about 180 degrees. While we are not after the X-ray market, with this little scanner you will be able to perform facial scans and create surface models of those.

Imagine, for example, scanning your face, then, using its model as a base, giving it some depth, then morphing the top surface or simply superimposing another facial model, then using a silicone 3D printer making a mask that fits you perfectly – all within an hour or so!

Yet a different application is one where the facial scan is used for skin analysis, in the visible light spectrum. Another model of the scanner may have different sensors to achieve a specific, niche functions as needed.

The idea is to establish a design baseline where a stable platform delivers smooth 3D scanning action, and various sensors and software allow proliferation in vertical niches. Notably, the main goal is to deliver high precision and low cost (less than $900, and preferably much less) . Implementing a variation of the “structured light” method, the scanner incorporates cameras, light and laser light sources, electronics, a motor and miscellaneous small parts. The IP is in its design and firmware which include on-board DSP and non-linear processing. In operation, the scanner must be connected to a computer by either USB or Bluetooth.”

For more information on the new Desktop 3D Scanner jump over to the Kickstarter website for details via the link below.