This is the type of Casemod that would run you over if you aren’t careful. As for the bumper and fog lights, we have no idea what they’re for. The shovel? Perhaps when it gets stuck in mud or to knock out the other guy during a particularly heated LAN game. 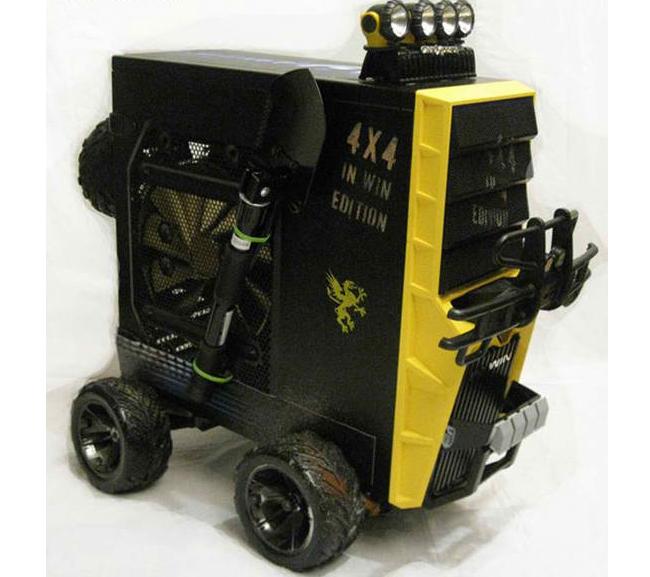 The tower case was originally an IN WIN griffin. After several improvements, it’s now a mobile beast perfect for some serious gaming. The wheels come useful when there’s a gamer party somewhere. Everyone else is lugging their cases through the door and you can just pull this thing.

The the 4×4 chases looks taken from an RC, the PCs exterior doesn’t reveal any other parts that would indicate this souped up case is also remote controlled.  Judging by the size of the cooling fan inside, however, there’s some serious fire power inside it.