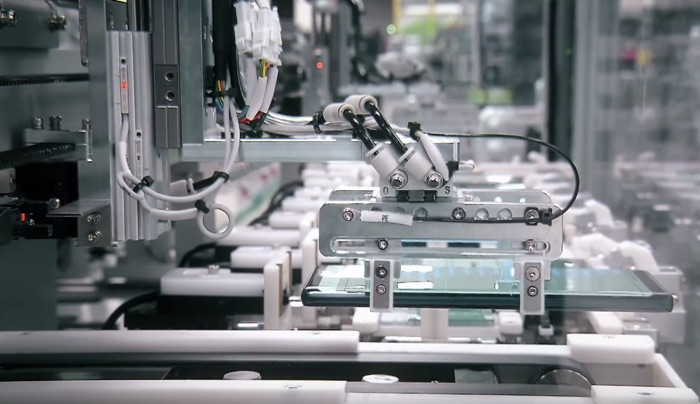 The Samsung Galaxy Note 9 launches tomorrow and now Samsung has released a video showing hows its smartphones are made.

In the video below we get a look at some of the robots that Samsung uses to assemble their new Note 9 smartphone.

In anticipation of the device’s August 24 launch, Samsung Electronics’ factories in Gumi, South Korea have been busy manufacturing Galaxy Note9 units to ship to markets around the world. Check out the video below to see how the company’s state-of-the-art manufacturing line produces each Galaxy Note9 to ensure the highest level of quality.

As a reminder the Galaxy Note 9 comes with a 6.4 inch display with a QHD+ resolution of 2960 x 1440 pixels and a Qualcomm Snapdragon 845 processor, plus up to 512GB of included storage and a microSD card slot which allows you to have up to 1TB of storage.

The handset features dual 12 megapixel rear cameras for photos and videos and a single 8 megapixel front camera for Selfies and video calls.

The Galaxy Note 9 launches worldwide tomorrow and the handset is expected to be a popular smartphone for Samsung.