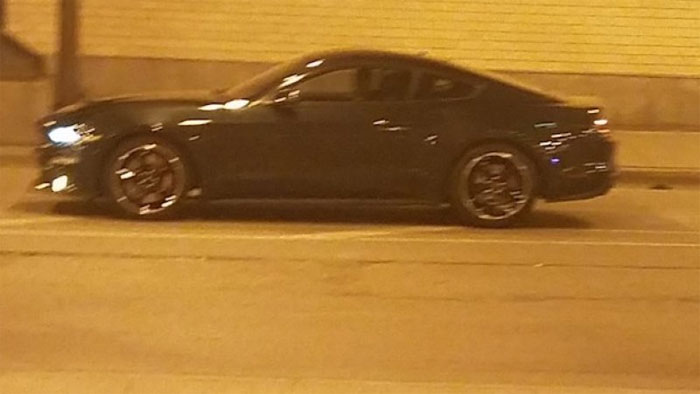 A dude was out and about in Chicago recently and claims to have come upon the car you see in this blurry image filming a commercial. The car appears to be a 2018 Mustang and anyone who has watched the iconic McQueen film Bullitt will recognize the car straight away.

The car wears a dark green, we dare say Highland Green, exterior and has the required Torq-Thrut style black wheels on it. Ford has made Bullitt Mustangs in the past, once in the early 2000s and again in the 2008-2009 model years.

These cars are collectible, and we certainly hope that the Bullitt Mustang is making a comeback. The 2018 Mustang looks fantastic as a Bullitt replica here’s hoping it doesn’t cost too much.