If you’re an avid Nintendo gamer, then perhaps this invention would really surprise you. 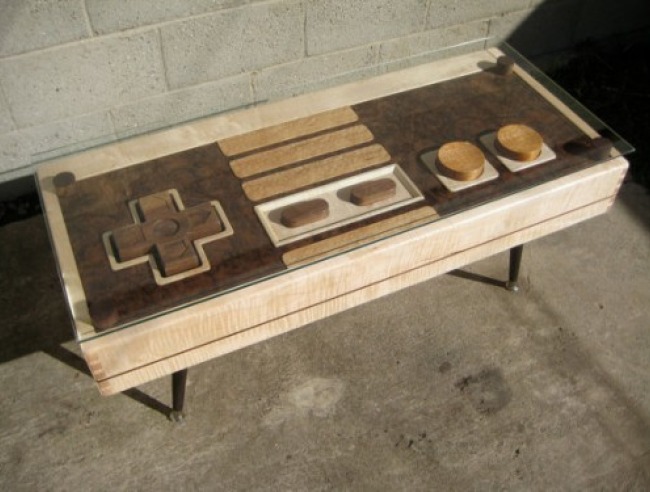 The Boho Workbench, known for building unique creations, has crafted a different sort of coffee table inspired by a Nintendo controller. But this table isn’t a sort of furniture that will just sit pretty in front of your television. Nonetheless, it’s a specialized controller for your Nintendo playoffs–yes, a larger control pad made to satisfy your game hunger.

This is made from maple, mahogany and walnut with dovetail joinery and mid-century contemporary legs. It works as your usual table suits to your discrete living room; but as well functions as a Nintendo NES controller once its glass has been removed.

However, exceptional stuffs somehow, pay off. Hence, this coffee table Nintendo NES controller is inexpensively priced at 3,500 US Dollars.