Chucky the man-killing doll who spawned a cult film series that got increasingly ridiculous right with Bride of Chucky is now part of some dude’s desktop. The iconic horror villain/monster has been done homage by Omar Mazjoub, who tricked out his PC Chucky style. It’s got awesome specs too. 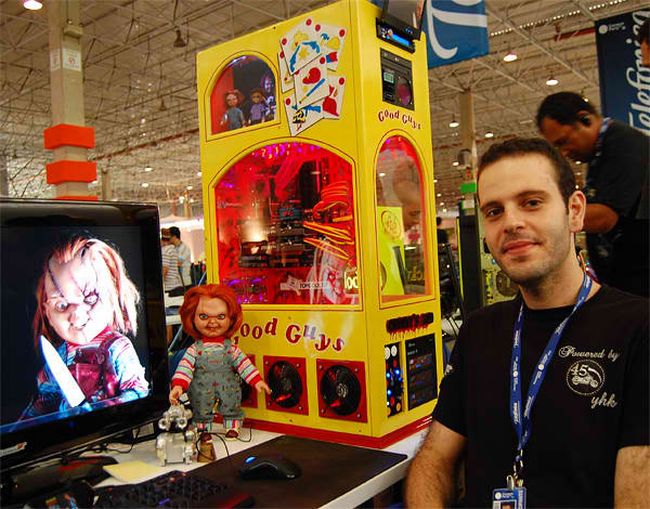 Look closer and you’ll see a water-cooled Core i7 CPU, 6 GB of RAM, 5 terabytes of storage (woah!), and a couple of SLI GTX 460 video cards. There are also a bunch of Chucky dolls—the whole family, in fact—at the very top, right behind the DVD player and its small LCD screen.

Omar even has Chucky standing beside his DIY build, which can be a it disconcerting especially with that evil grin staring at you. But despite its terrifying appeal, this particular casemod didn’t come easy. Omar spent upwards of $2000 and six months putting it all together.