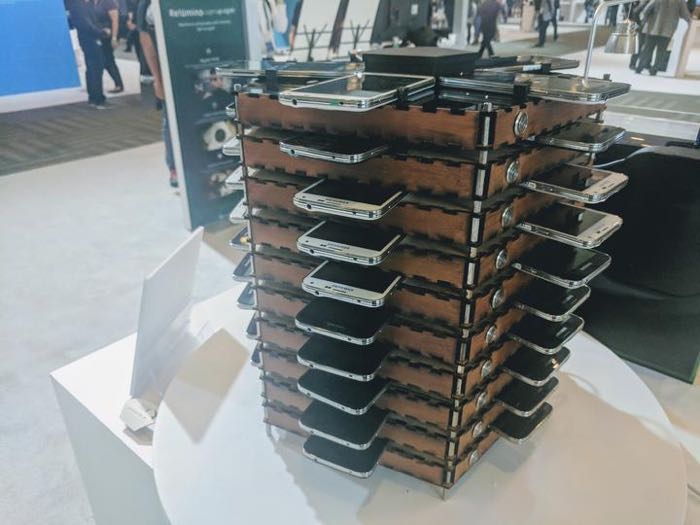 Samsung is working on a new project which is designed to turn old smartphones into something new. The first creation as part of the project is a Bitcoin mining rig that was created using 40 old Samsung Galaxy S5 smartphones.

This Bitcoin Mining rig comes with a new operating system that Samsung designed specifically for the task in hand, mining Bitcoin. Samsung recently showed off this new mining rig at their recent developer conference. 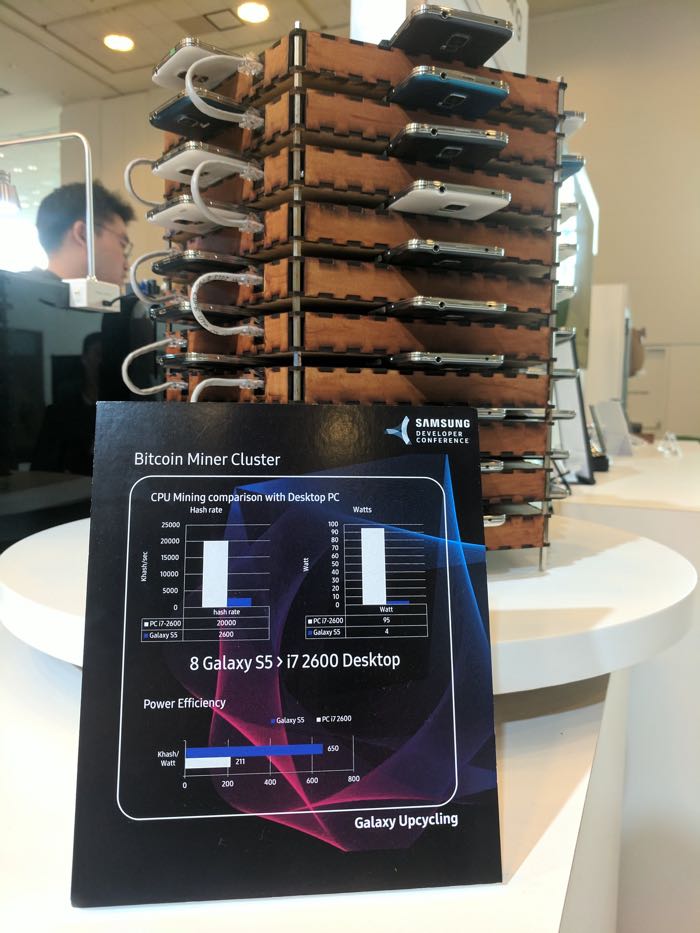 Samsung has not given any specific details on exactly how this new Bitcoin rig works, although the company has said that it will release the software it used for the project and also the plans so other people can create a similar mining rig using old Samsung smartphones.

The pictures above were taken by iFixit’s CEO Kyle Wiens who is working with Samsung on similar projects. The company is working with Samusng to repair some old Galaxy S3 smartphones that Samsung plans to use in a future upcycling project.

Samsung has released a video for their new Galaxy Upcycling project, you can find out more details at the link below. Samsung is apparently planning to release the plans for this Bitcoin mining device created with their Galaxy S8 smartphones some time soon.