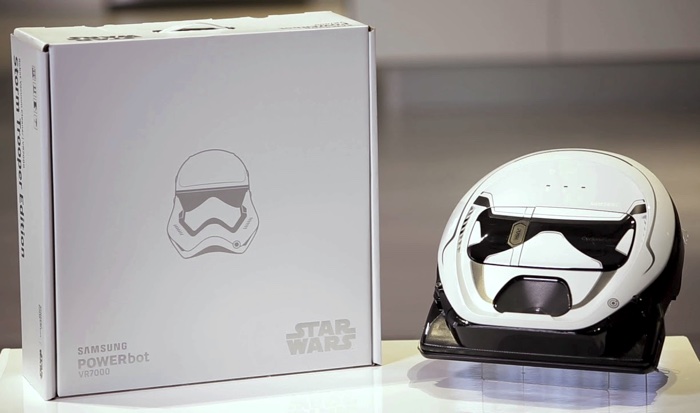 Samsung recently announced their new Star Wars POWERbot Robot Vacuum cleaners and now the company has released a couple of videos of these limited edition robot vacs in action. The first video gives us a look at both models of this robot vacuum.

What sets the Star Wars Limited Edition POWERbotTM apart from the original VR7000 is the unforgettable design of the two available models. The Darth Vader edition was crafted from premium materials to closely resemble Sith Lord Darth Vader’s all-black mask, while the Stormtrooper version is a near-perfect replica of the white helmets worn by the ground force of the Galactic Empire. Both models stand ready to rid the galaxy of dirt, and hard to reach spaces under sofas and chairs thanks to its slim 97mm height.

You can find out more details about the Star Wars POWERbot robot vacuum cleaners from Samsung over at the company’s website at the link below.