iON  has unveiled three new designs for its popular iCade device, which originally started as an April fools joke for the iPad a few years ago from ThinkGeek. The newly announced products are the iCade Core, iCade Jr and iCade Mobile.

As you probably guessed the new iCade Mobile has been specifically designed for the iPhone or iPod Touch and provides you with a more handheld gaming style experience. When it arrives this spring the iCade Mobile will be priced at $80. Watch a video after the jump to see it in action. 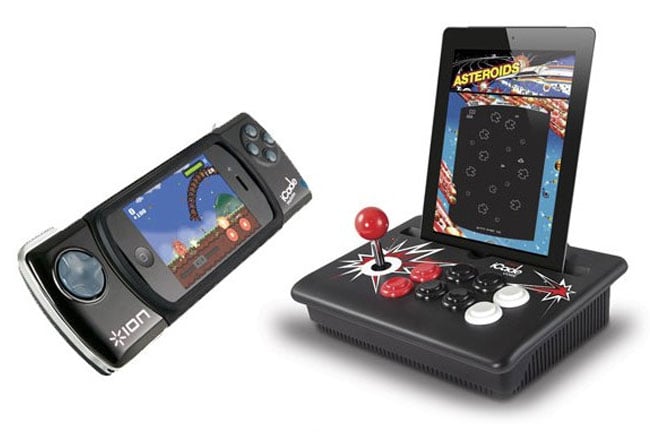 The iCade Core offers a larger but stripped down version of the original iCade cabinet and has been built to support iPad, iPhone and iPod Touch. Providing you with a real joystick to use and well as eight gaming buttons. Connectivity is again provided by Bluetooth but a 30-pin connector is also available if you would prefer. Unfortunately no information on pricing has been released as yet.

Finally the iCade Jr is a mini version of the original iCade cabinet, designed to accommodate the iPhone and iPod Touch, an will be available for $50.