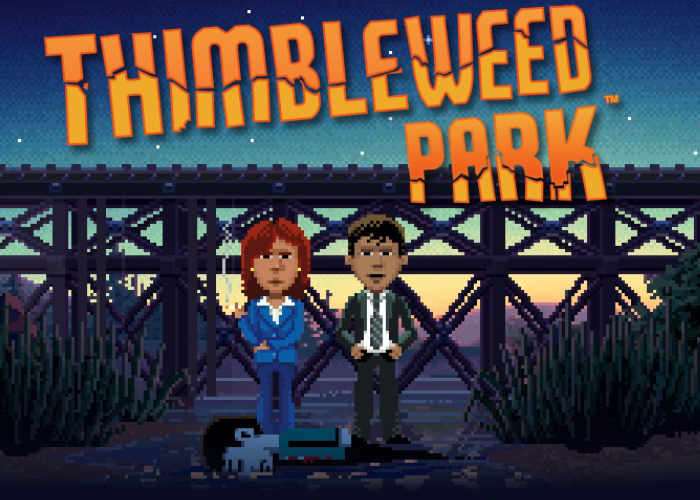 The developers of Thimbleweed Park have created the murder mystery adventure in the form of a tribute to classic games and classic mysteries and have spent many hours perfecting the console controls to not lose the classic feel that made adventure games of the 80s and 90s so charming.

Check out the trailer below to learn more about what you can expect from the PlayStation 4 version of Thimbleweed Park which is also available on Xbox One, Android, iOS, PC, Nintendo Switch, Linux and Macintosh.

Thimbleweed Park is a new and modern classic point-and-click adventure game made by veteran Lucas Games people like myself, Gary Winnick, and David Fox — who created classic games like Monkey Island, Maniac Mansion, and Zak McKraken.
When we say “In a town like Thimbleweed Park, a dead body is the least of your problems,” we mean it.

Take a trip down a rabbit hole of murder and mystery inspired by some other modern classics — Twin Peaks, Stephen King, and the X-Files. The game initially follows agents Ray and Reyes as they investigate a body found in the river just outside the town of Thimbleweed Park. Players can freely switch between the two of them and solve puzzles to try and find out who murdered the poor guy under the bridge.